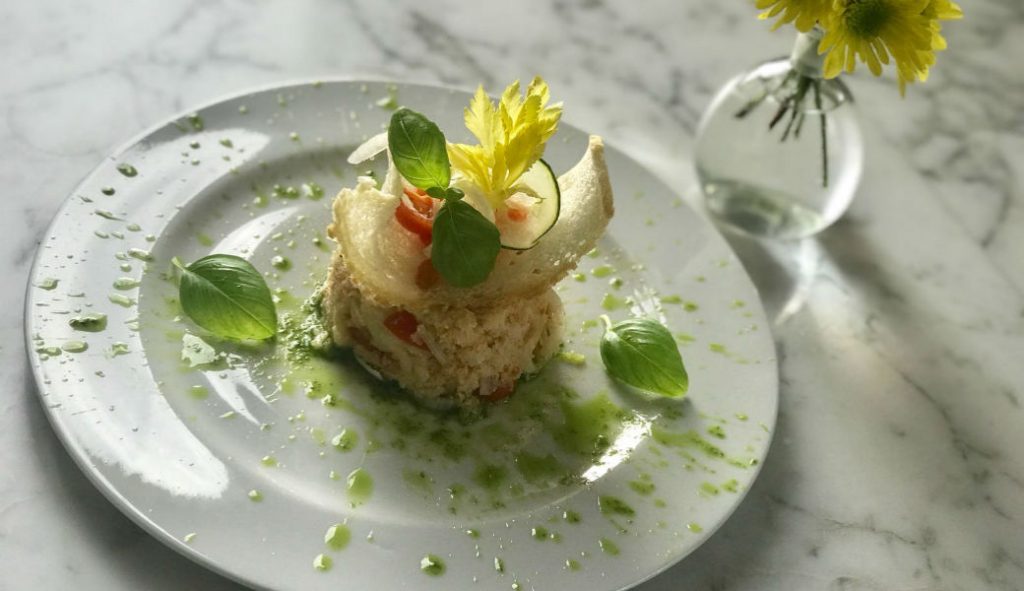 Originally a recipe of peasant origin, the Panzanella is a typical dish of Tuscan cuisine. In ancient times, it was prepared in the evening to be consumed the next day during the lunch break of workers in the fields.

Today there are more sophisticated versions, but always bringing the historical heritage of ancestor cooking.

Do you want to prepare this wonder at your home? Here is the recipe of our chef!

The Panzanella is ready! Remove it from the refrigerator at least a quarter of hour before consuming it, so that it returns to room temperature.

Looks delicious, and easy too! Can’t wait to make it. Here in California, we should start getting good tomatos by the end of next month hopefully.
Thank you for the recipe!

You’re welcome! When you prepare it, send us a picture, and tell us how it tastes 😉