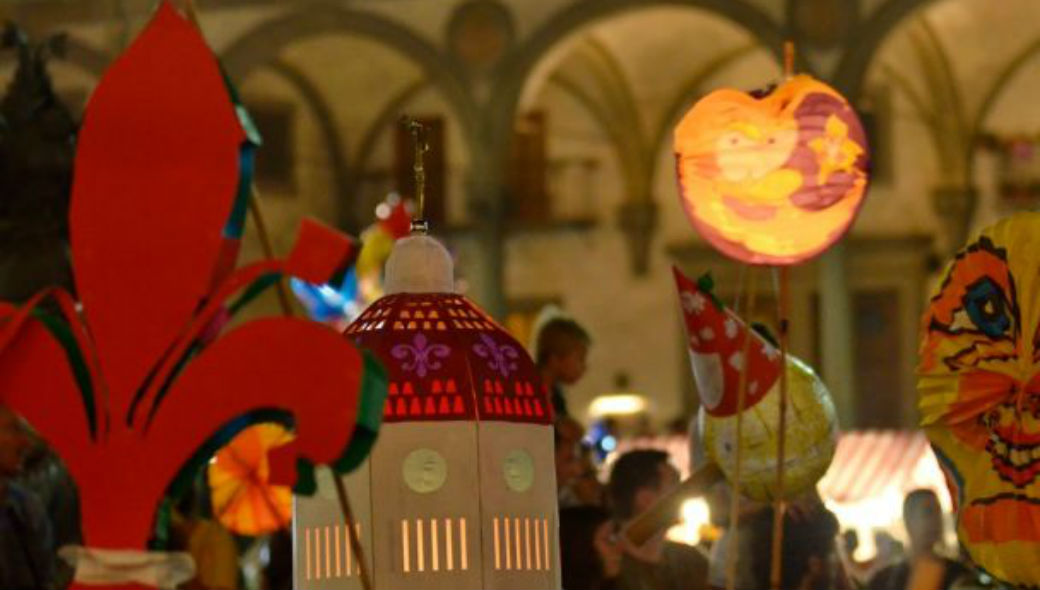 Tradition wants that the Virgin Mary was born on September 8th, of an unknown year, somewhere near Nazareth. Florence celebrates her arrival to this world the day before, September 7th , with a great party, called Festa della Rificolona.

The Florentines cross the town on foot carrying paper lanterns, lit from inside with candles. The main “pilgrimage” begins in Piazza Santa Croce around 8 pm, crosses Piazza della Signoria, Piazza del Duomo and Via dei Servi, and ends in Piazza della Santissima Annunziata.

This tradition started long ago, when peasants and farmers from the surroundings would make a long trek into Florence to celebrate. In order to arrive to the religious services on time, many started their journey before the break of dawn, reason why they needed lanterns, often carried at the end of a stick. They were actually candles protected by a frame made of thin cloth.

If you attend this great celebration, you will notice that a huge organic produce market is formed in the square of Santissima Annunziata on Semptember 6th and 7th. It is also an ancient tradition, dating back to the times when farmers use to take the Rificolona as an opportunity to bring in their goods – cheeses, honey, the season’s vegetables, and small handmade items – and sell them.

A curiosity: in the past, the peasants would make the pilgrimage in their best clothes, but as they were poor and overdressed by city dweller standards, they were mocked. Until today, the Florentines call an overdressed woman a Rificolona.