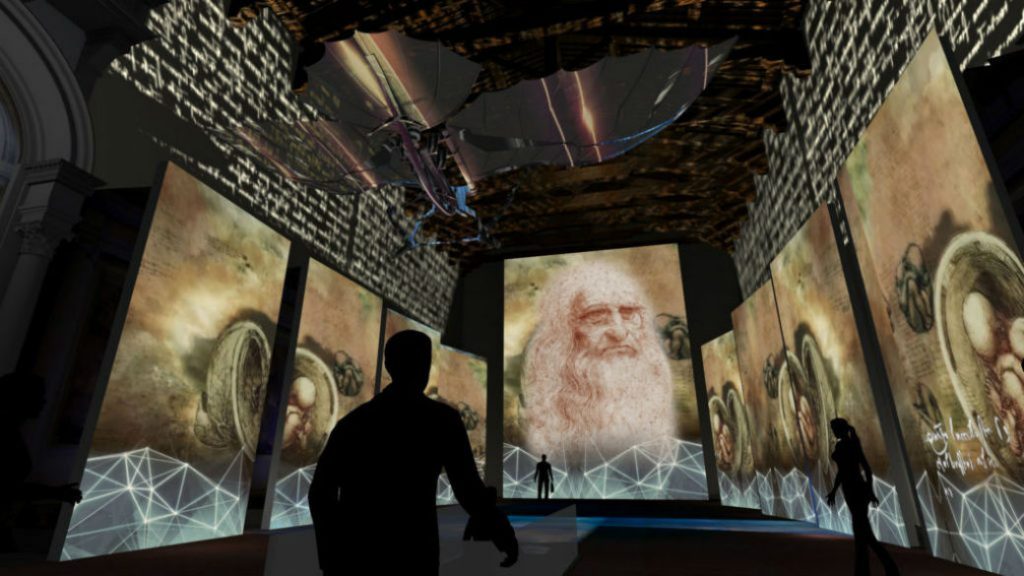 A dip in the mind of a genius. Thus, we can describe the exhibition Da Vinci Experience, opened until October 7th, at Santo Stefano al Ponte, a deconsecrated 12th century church in the heart of Florence.

Better known as the creator of one of the world’s most famous masterpieces, the one and only Mona Lisa, Leonardo da Vinci was also an inventor and his machine models can be seeing in life size and scale, meticulously reproduced following the original designs of the Florentine artisan shop Martelli: the wing, the armored vehicle, the bombard, the aerial screw, the paddle boat, and many more creations that only a genius could conceive and bring to reality.

And you can actually feel like Da Vinci when participating of the OCULUS VR Experience. Basically, you will step inside the armored vehicle and interact with its mechanisms, will sail on the paddle boat, and will be able to admire the flight of the aerial screw and the ornithopter. All this is possible with the help of 3D VR glasses and an extra 2 euros ticket.

But the most amazing experience is the immersion in Da Vinci’s works, science and eclecticism through a video mapping of hundreds of high definition digitalized images and full HD videoclips and projected on a 360° screen, with a Dolby Surround soundtrack that will certainly give you goose bumps.

Want to have a small taste of what the Da Vinci Experience is like? Take a look at this video: