The colors of the Calcio Storico Fiorentino 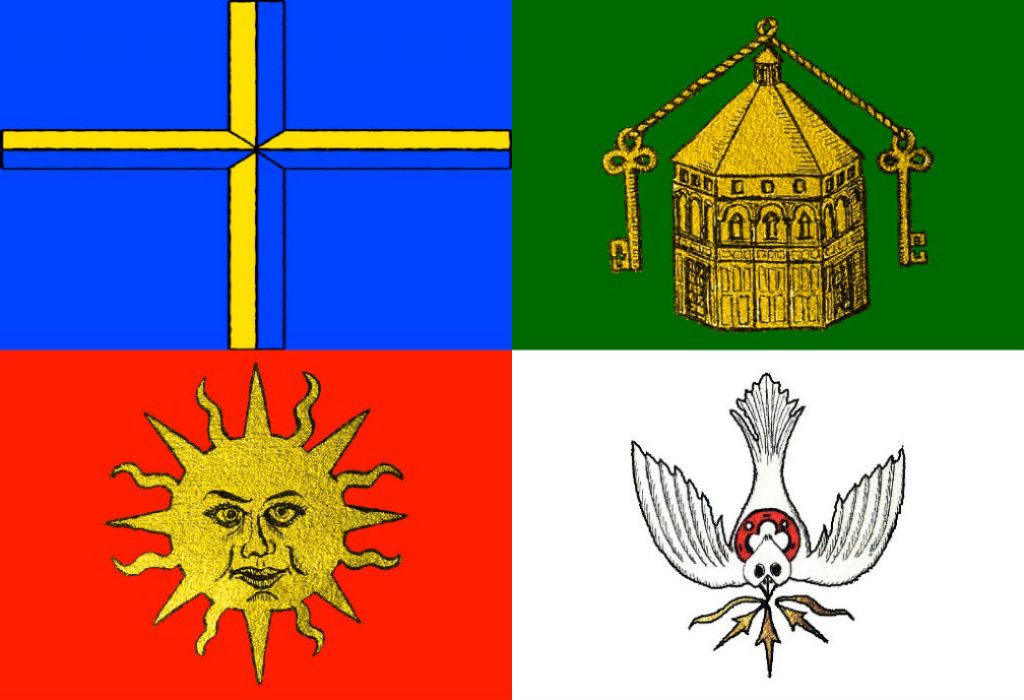 The colors of the Calcio Storico Fiorentino

June is coming and as we have already told you here in our blog, on the 24th, when Florence celebrates its patron St. John, Piazza Santa Croce becomes the field of the Calcio Storico Fiorentino, whose tradition, strength, and pride were not erased by modern times.

There are four teams in Calcio Storico: Santa Croce (blues), Santo Spirito (whites), Santa Maria Novella (reds) and San Giovanni (greens). But do you know what these colors mean? The teams wear theses colors because they represent the four historical neighborhoods of Florence.

Originally the colors and the corresponding districts were only two, the Whites (Bianchi) and the Greens (Verdi). Today the city is divided in four districts:

Santa Maria Novella
Characterized by the color Red, is in the north-west quadrant of the city, that comprehends the Arno, Ponte Vecchio, Porta al Prato up to half of the Fortezza da Basso. It takes the name from the Santa Maria Novella church.

Santa Croce
Here the color is Blue, and the quadrant is the south-east of the city, which includes from Porta a Pinti to the Arno on the side of the Mint and westwards the Via di Calimara and Por S. Maria up to the Ponte Vecchio. The name, as you can imagine, come from the Santa Croce church.

San Giovanni
Characterized by the color Green, is in the north-eastern quadrant of the city, that comprehends the western side of Borgo Pinti, the northern part of the Borgo degli Albizi, the Corso, the eastern part of the Mercato Vecchio, up to north Porta S. Gallo. It takes the name from the Baptistery of San Giovanni.

Santo Spirito
The color of the neighborhood is white and it’s located in Oltrarno, the south-west quadrant of the city. The name, once again, comes from a church, in this case the Santo Spirito.

Now that you know the reason why the teams of Calcio Storico wear these colors, you can choose yours based on the neighborhood you like most ?