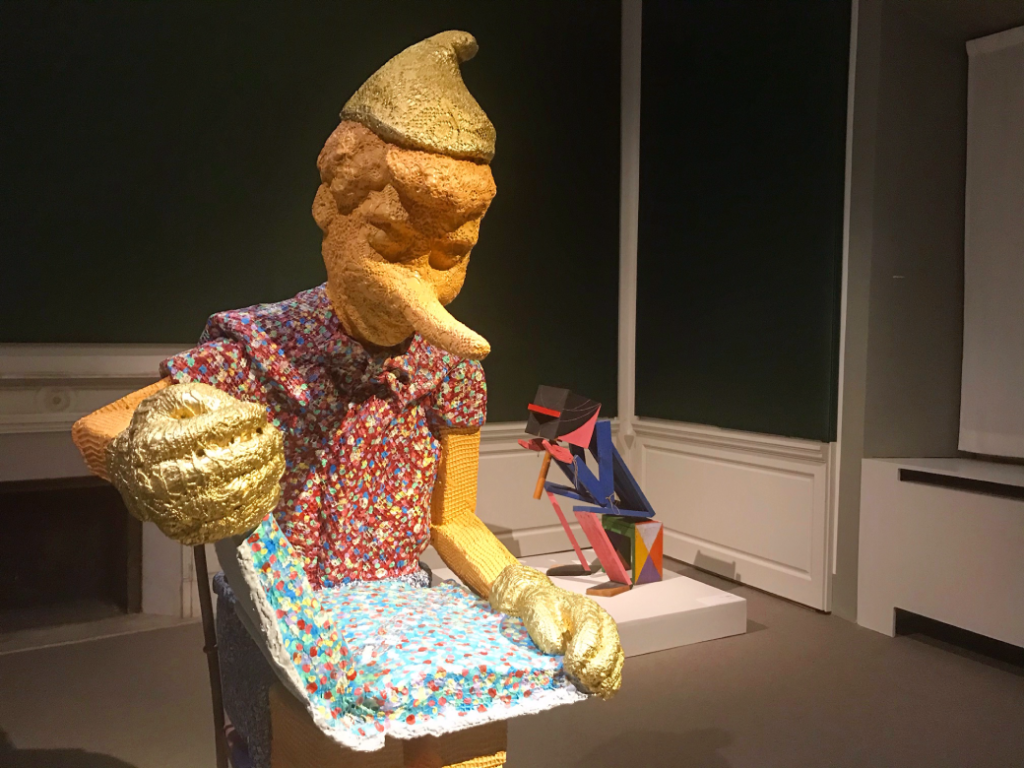 Pinocchio may have gotten famous through the Disney’s cartoon, but in truth the story was born in Tuscany, created by the great Carlo Collodi. So, there couldn’t be a better place to celebrate the wooden boy than Florence! Until March 22nd, the Villa Bardini hosts the exhibition Enigma Pinocchio, which is entirely dedicated to this magnificent figure that is present in everybody’s childhood.

The visit would be worth just for the splendid setting of Villa Bardini, but there’s so much more into it. The exhibition wishes to give an account of the role and important passage that Pinocchio has had in the art of the past century.

From Giacometti to LaChapelle, from Munari to Paladino, from Calder to Ontani, from McCarthy to Venturino Venturi, the wooden boy with jointed legs and arms, the red clothes and the white hat, has not only marked the collective imagination but also the art around the world, which is the protagonist of this exhibition.

Enigma Pinocchio shows the thousand facets of the enigmatic creature that the artists have often chosen as the protagonist of their imaginary universe. The character is told by fifty masterpieces by twentieth century and contemporary artists such as those mentioned above. The exhibition is divided into seven sections and collects wood, iron and papier-mâché sculptures, paintings, bronzes, photos and videos from collections.