Exclusive openings of the Florentine Museums: for our guests only 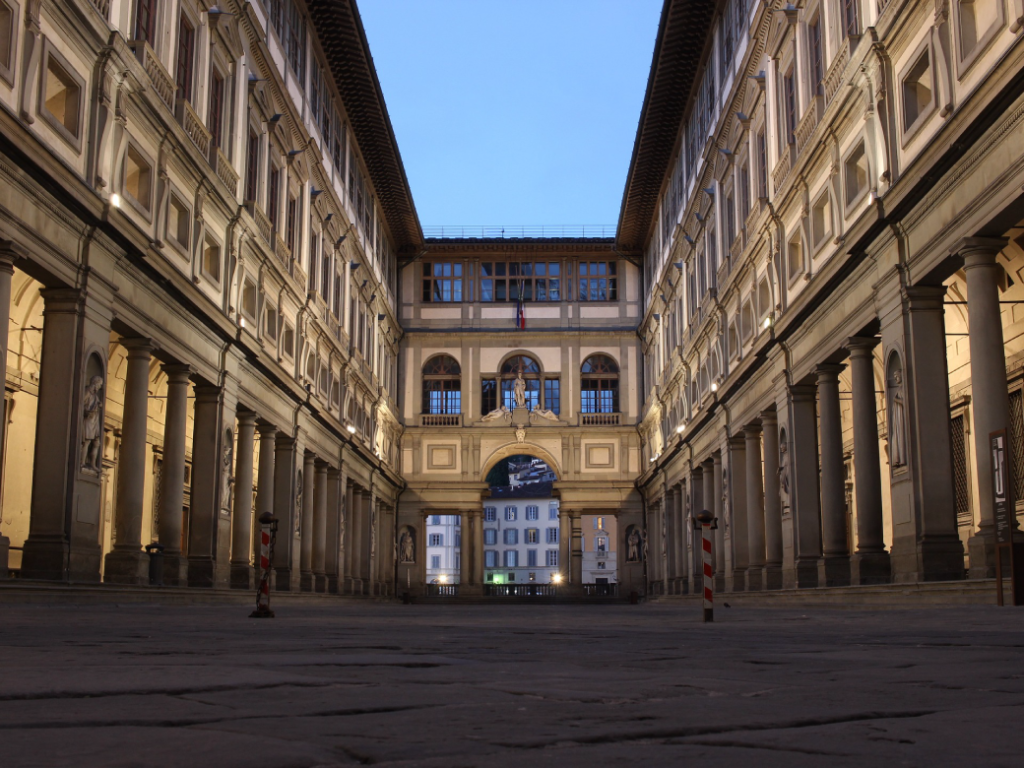 Exclusive openings of the Florentine Museums: for our guests only

Have you ever imagined having a museum just for you to visit? It seems impossible, specially in Florence, right? But it isn’t and we can arrange everything for you while staying in our property. If you hire this service, you will have access to extraordinary and exclusive openings of some of the most important museums of Florence, including the Uffizi Gallery, the Accademia Gallery, the Church of Santa Croce, the Bargello Museum, Palazzo Vecchio Museum, Michelangelo Buonarroti’s House Museum, among others.

Due to a collaboration with some professional guides we are able to offer to our guests unique, special and exclusive tours with opening after-hours.

These openings will be possible through our Concierge with different prices for each type of Museum: from Euro 17,000 up to Euro 3,000 for a maximum of 10 pax. This means that the guests of Antica Torre Tornabuoni can have private access of the museums chosen and, furthermore, it is also possible to organize aperitifs at the museum or private dinners.

Here is a taste of what we can offer, obviously it’s a “once in a lifetime” experience:

Special evening opening and tour of the most important painting museum in Italy. A gift the Medici family bequeathed to the city of Florence, it now displays an enticing collection showing the evolution in art from the sparks of Renaissance to the 17th century. You will be able to enjoy without the crowd the world-renowned masterpieces by Giotto, Botticelli, Leonardo, Michelangelo, Raphael, Titian, Caravaggio and many others. Entrance time will be around 7.30pm and you will have an expert and licensed tour guide with you to fully appreciate and better understand the collection and the masterpieces in front of you.

Special evening opening of the Accademia gallery. Here you will be able to fully enjoy masterpieces by Michelangelo like the captives, the pietà and, of course, the David. Away from the crowds and immersed in a magical silence, your tour guide will tell you the story of this museum, of its most famous pieces and also of the less known ones, like the musical instrument display with the first piano ever built or the only 100% completely original viola made by Stradivari.

Special late afternoon opening of Santa Croce church. Called the pantheon of the Italian glories, it houses the final resting place of many Italian history key personages such as Galileo Galilei, Michelangelo Buonarroti, Rossini, Machiavelli or Lorenzo Ghiberti. A gothic Franciscan church with frescoes by Giotto and his school, a mystical place with an 800 years long history to be discovered in the late afternoon quiet and peace. This special opening is available from Mondays through Fridays from 5.30pm to 7pm with the exception of special events or liturgical functions.

An incredibly well-preserved medieval building which was used as the Bargello’s office (the chief of police) from the early Renaissance to the 19th century. A former prison which was turned into a National museum in the 18 hundreds and is now the house of the best in Renaissance sculpture, from the first ever made Renaissance work of art, to stunning an unique sculptures by Donatello, Verrocchio, Giambologna, Cellini and, of course, Michelangelo. You will also be able to admire and stand in the famous courtyard where in 1786 death penalty was abolished for Florence and all the Grand Dukedom of Tuscany.

Seat of the Florentine political power since its opening in 1301, the Palazzo Vecchio museum boasts some of the most fascinating rooms and apartments in the whole town. You will be able to learn its history and about all the different personalities that have worked and lived in this building. You will see the famous Hall of the Five hundred, see a statue by Michelangelo, enter the private studio of an alchemist, admire the view from its stunning terraces, see Machiavelli’s own office and some of the best preserved world maps of the 16th century.

Private opening of a less known jewel in the very heart of the historical town. You will enter the house bought by Michelangelo’s nephew that collects, displays and celebrates the works and the dreams of Michelangelo Buonarroti. For centuries the Buonarroti family and the Buonarroti foundation, have collected and preserved works by Michelangelo: sketches, sculptures, ceramics, and studies. A little treasure divided onto two floors of a Florentine Baroque palace.

If you are interested in having a private visit, do not hesitate in contacting us.