Exhibitions are back in Florence! 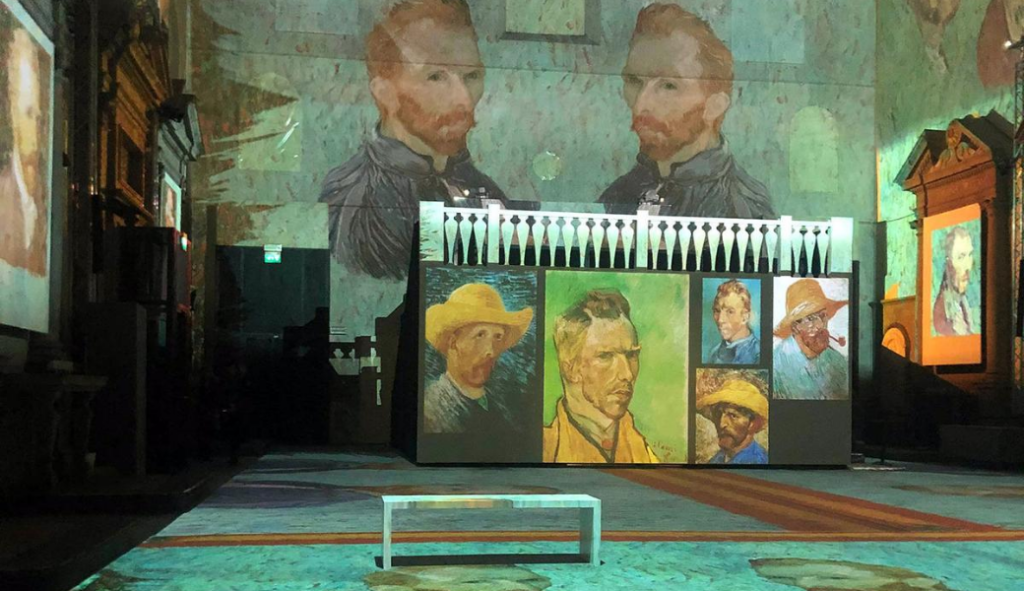 Exhibitions are back in Florence!

After a long period of confinement and a gradual and responsible reopening, we are happy to say that the exhibitions are back in Florence. Obviously, the museums follow all safety protocols, such as the use of masks, limited number of visitors and social distance, but it is already possible to see – or review – the works of great artists who are temporarily hosted here.

In addition to being a sign that life is slowly returning to its roots in Florence, there is another positive aspect of being able to visit exhibitions again in the city: escape the heat! Until the end of summer, the high temperatures should remain and being able to breathe art (even in masks) in the freshness of a museum is like finding an oasis in the desert!

To help you plan your tour, here are the main exhibitions worth visiting in Florence.

The works of Tomás Saraceno unfolds along a path from the courtyard to the exhibition halls of Palazzo Strozzi, as he interacts with the historical context by creating an original dialogue between the Renaissance and the contemporary world.

The artist creates immersive works and participatory experiences that suggest a new way of living in our world by forging connections with such non-human phenomena as spiders, dust particles and plants, which become players in his works and metaphors of the universe.

The exhibition “At the feet of the gods”, focused on a theme as fascinating as it is unprecedented, aims to tell the infinite roles that the shoe has played in the West from ancient times to the present day. A walk among the robust caligae of the Roman soldiers, the seductive sandals of the Greek courtesans, the refined shoes worn by the gods or by the Roman aristocracy; without forgetting the rich variety of footwear worn by the stars of the colossals dedicated to antiquity, from Ben Hur to the Gladiator, and the most recent fashion creations, inspired by the style of the classic world footwear and made by protagonists of contemporary fashion such as Emilio Pucci, Salvatore Ferragamo, Yves Saint Laurent.

For Acqua alta – High tide, the artist proposes two different installations designed specifically for the two spaces of the Galleria Poggiali in Florence. Via della Scala is occupied by the group of sculptures that the artist created specifically for the Venice Pavilion (in the Giardini) of the 58th International Art Exhibition – La Biennale di Venezia. In via Benedetta, on the other hand, Viale overturned quintals of crushed stone, marble debris directly taken from the so-called ravaneti, which are actually the overhangs where the waste from quarry extraction is thrown: unusable stones and splinters, material produced by the crushing of the stone which, falling and sliding downstream, it crumbles and creates real marble cascades, which seen from the marina look like ancient glaciers that have survived the warming of temperatures.

The production aims to emotionally involve the public in the controversial human and artistic story of Vincent van Gogh, one of the most famous and loved artists of all time, to whom the lives and works of some great painters of his time are counterpointed.

A 60-minute digital story developed by means of 360 ° multi-projection of very high definition images and the Dolby HD audio diffusion of an exciting soundtrack. At the Cathedral of the Image, in the Complex of Santo Stefano al Ponte.

Dedicated to the Irish-born artist, the exhibition shows the deep bond between Kevin Francis Gray and the Tuscan territory. There are over 20 works made with different types of marble: statuary, from Carrara, bardiglio, marquina as well as a work in bronze. The artist’s devotion to the art of the past is evidenced not only by the use of materials, but also by that love for the ephemeral, classic poses and subjects as magically wrapped in a timeless veil.

It was useful content. Thanks for the info on the Van Gogh.