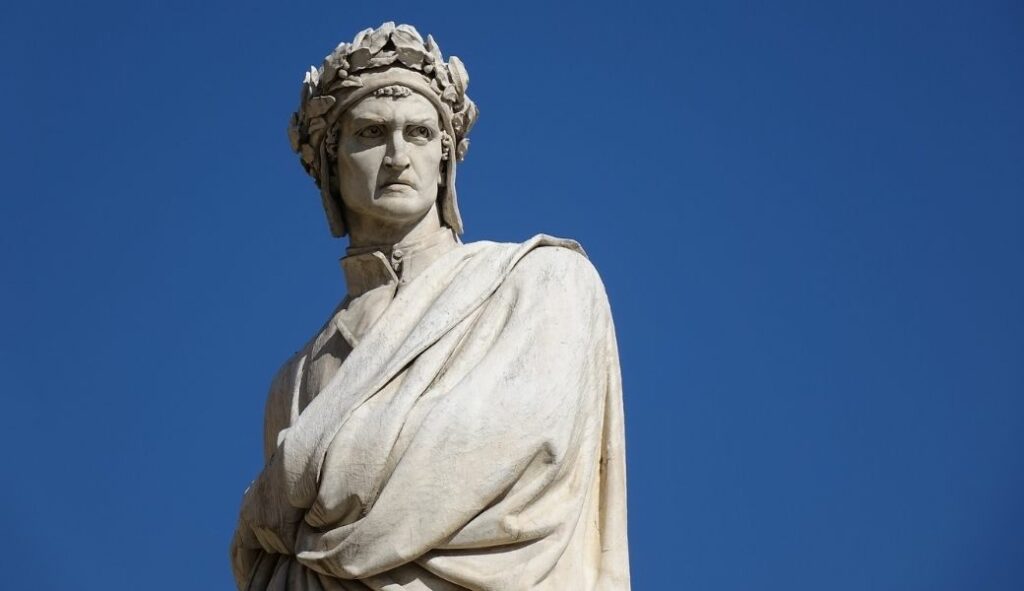 The year of 2021 is going to be very special. Do you know why? Because Italy will be celebrating the 700th death anniversary of the master Dante Alighieri. From March 12 until July 4 2021, the Uffizi Galleries and the Cassa dei Risparmi Foundation in Forlì will carry out the great exhibition ‘Dante. La visione dell’arte’ (Dante. The vision of art), which will be held in the San Domenico Museums, in Forlì.

More than celebrating the death of the supreme poet, the exhibition aims to be a symbol of redemption and rebirth, not only for Tuscany and Italy, but for art. And the city of Forlì was chosen to hold the exhibition because of its meaning in Dante’s life. The author of the Divine Comedy found refuge in Forlì after leaving Arezzo in the autumn of 1302, staying for over a year with the Ordelaffi, Ghibelline lords of the city.

Works revealed to the public

The Uffizi Galleries will lend many of its works for the exhibition, including some famous masterpieces from their collections. Some of them are not usually available to the public, because they are hold in the space destined to the chiesa di San Pier Scheraggio, where, by the way, the council of which Dante was part in the past used to take place. They are the portrait of Dante Alighieri and, also, Farinata degli Uberti di Andrea del Castagno.

But there is more! The exhibition will show another portrait of Dante, in this case painted by Cristofano dell’Altissimo for the series commissioned by Cosimo I de ‘Medici dedicated to illustrious men. There will be Pontormo’s “Expulsion from Paradise” and even a sublime drawing by Michelangelo that portrays a damned man in the Hell of the Divine Comedy, as well as a selection of highly prized drawings by Federico Zuccari for the fifteenth-century illustrated edition of the text.

Sculptures will also be present, as a marble bust of Virgil, made by the eighteenth-century sculptor Carlo Albacini; and one of the most recent acquisitions of the Uffizi Galleries, the nineteenth-century canvas by the Tuscan proto-romantic Nicola Monti entitled ‘Francesca da Rimini all’inferno.

Many other works will be borrowed from museums around the world to be part of the show and pay homage to the greatest poet of Italy and, perhaps, of the world. An unmissable opportunity, which you can enjoy even more by staying at Antica Torre Tornabuoni, whose building was mentioned by Dante in the Divine Comedy. In addition to visiting the exhibition, you will be inside the history. Wouldn’t it be amazing?

The life of the poet

Dante Alighieri was born in Florence in 1265 and grew up in the San Pier Maggiore neighborhood. Between 1275 and 1282, Dante studied at the convents of Santa Croce and Santa Maria Novella and, at 16 years old, he wrote his first sonnets.

Dante Alighieri had also a role in politics, militating alongside the moderate guelfos, the so-called “whites”, contrary to the papacy’s ambitions to dominate Florence. He became an advisor and a member of the College of Priores, where he performed outstanding functions.

In January 1302, the moderates were defeated, and Dante was charged with corruption in public office and ordered to pay a heavy fine. On March 10, the sentence changed to a death penalty, meaning that the poet would be burned alive if he stayed in Florence, reason why he exiled for a long time, which was, artistically speaking, the most productive period in his life.

After spending some time in Verona, he went to Bologna, where he remained between 1304 and 1306. After his expulsion from Bologna, he began a pilgrimage through Italian lands.

According to the information available at the Museo Casa Di Dante website, it has not yet been possible to establish precisely the year when Dante began writing the Divine Comedy. There are though two dates that are considered most probable: 1304 and 1306-1307, being this last more probable, given that between 1304 and 1306 Dante was busy writing two other works (De vulgari eloquentia and Il Convivio). In 1316, Dante dedicated to Cangrande della Scala the first canto of the Paradiso, on which he worked up to the final years of his life.

In 1318 he arrived in Ravenna, as a guest of Guido Novello da Polenta and died on September 13, 1321 victimized by malaria.