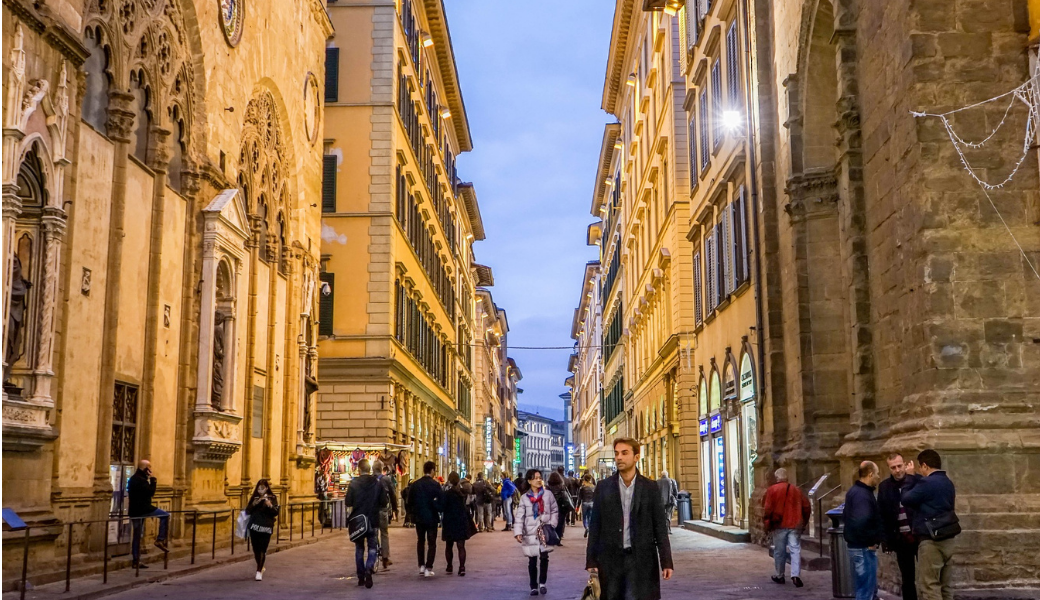 You probably already know that 2021 is the year when Italy will be celebrating the 700th death anniversary of the master Dante Alighieri. And nothing better than visiting the places where the supreme poet made history and following his steps in Tuscany during his exile.

The itinerary can be found at (www.viedidante.it) and, as they say, “Dante’s route is an ensemble of unique paths, immersed in history, art and nature. Secular traditions, excellence, unrepeatable experiences transmitted through tailor-made tourist proposals, built to offer unforgettable days to all the protagonists”.

It means that you will be able to wind along the places crossed by Dante, from Florence to Ravenna, passing by Scarperia and San Piero, Borgo San Lorenzo, Marradi, Faenza and Brisighella and Ravenna, cities where the supreme poet lived in exile.

In addition to being the scene of the life of one of the greatest geniuses in the history of mankind, each of these cities is absolutely enchanting in its ancient palaces, Romanesque churches, small villages, museums, libraries and artisan shops.

For the adventurers, there’s also a trekking route, which will allow you to retrace his footsteps while running away from the Ghibellin along two paths:

The “Cammino di Dante” (about 400km, 20 stops) branches between Florence and Ravenna, crossing the most varied Tuscan landscapes. If you choose to start the journey from Florence, you will end the tour in the city that was the capital of the Western Roman Empire and, at the time of Dante, a Signoria. There, you will find the stars of the Mausoleum of Galla Placidia and the mosaics of San Vitale, whose vision seems to have been the inspiration for Dante’s Paradise.

The “Cammino di Dante” in Casentino (about 200km, 12 stops) will take you through the valley that welcomed the poet during exile, always thanks to the courtesy of the Counts Guidi. The route passes through meadows and hills on whose tops are small villages, churches and forts, reaching Poppi and its majestic castle designed by Arnolfo di Cambio.

The two paths meet at a point in the upper Casentino and, therefore, constitute a system of paths that can be taken freely, in absolute safety.

There are many different itineraries for you to choose, but we absolutely recommend that you not only come to Florence but do not miss the visit to the Baptistery of San Giovanni, part of the Duomo Complex, which was so dear to Dante, as the poet himself was baptized there. Once inside, pay attention to the 13th century mosaic depicting the Last Judgment, where you will find the demoniac creatures that certainly inspired many descriptions of Dante’s hell.

Do not forget to stop by the Basilica of Santa Croce to look for his tomb. Be aware though that Florence holds only the poet’s cenotaph. His remains rest in Ravenna, where Alighieri died in 1321.

You will certainly feel his presence in a particular area between Piazza della Signoria, Orsanmichele, the Torre della Castagna, the oratory of the Buonomini di San Martino and the Badia Fiorentina. These streets concentrate the highest number of Dante’s epigraphs as well as the quotations from the Divine Comedy.

In that area you will also find Dante’s House. The three floors building is a journey in through the fourteenth-century Florence, even if the house is a reconstruction built only in 1906 in the area that in the Middle Ages was occupied by the houses of the Alighieri. It may not be the original house, but you will certainly feel Dante’s presence there.

And that’s not the only building where you can feel the supreme poet’s presence. That also happens at the Antica Torre Tornabuoni. Our property was the scenery of an important part of the history of Florence. The building belonged to one of the most important families of Florence in the 1300s, the Gianfigliazzi, so much “famous” that it was mentioned in the Divine Comedy by Dante Alighieri, in Inferno, Canto XVII – (The usurers).

So next year, come to Florence to celebrate Dante and stay at Antica Torre Tornabuoni. We are sure it will be an experience you will never forget.