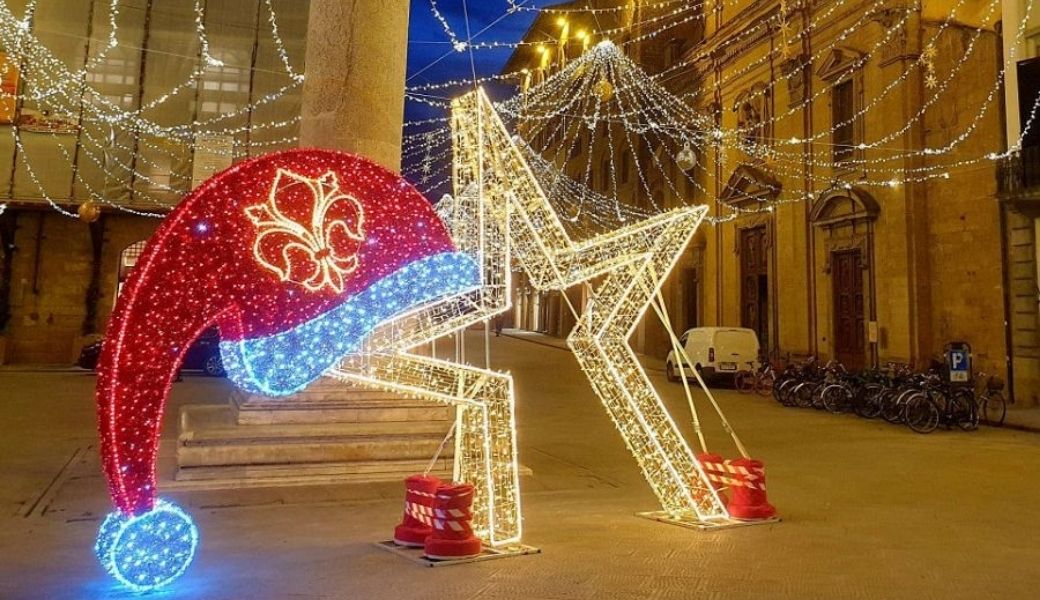 There is no doubt that the year 2020 was, at the very least, strange. The pandemic changed the course of many lives and took from us what we most cherish: the presence of our guests at the Antica Torre Tornabuoni.

We believe that you, who know and love Florence, are also missing being at the crib of the Renaissance, especially during the Christmas season, when the city is all lit up and decorated.

That is why we decided to take a little bit of the Florentine Christmas to you, remembering the dates that are celebrated here at this time of year.

During the Roman Empire, more than 100 years BC, the Romans celebrated the agricultural god Saturn. The pagan festival has become known as Saturnalia, the most popular holiday in the ancient Roman calendar, derived from older rituals related to midwinter and winter solstice agriculture, especially the practice of offering gifts or sacrifices to the gods during the time of sowing in winter

The Saturnalia started as a single day, but by the end of the Republic (133-31 BC) it had expanded to a weeklong festival starting on December 17th. The winter solstice, on the Julian calendar, was set on December 25th.

The pagan celebration started many of the traditions that today are associated with Christmas, including the time of year of Jesus’ birth, that is, December 25th. The Church has never set an exact date for the birth of the Messiah, but historians believe he was born in the spring, as references to shepherds and sheep in Nativity history suggest.

Other Saturnalia’s traditions have been incorporated into Christmas as we know it today, including giving gifts, singing, lighting candles, feasting and merrymaking.

In addition to Christmas, when the birth of Jesus is celebrated on December 25, there are other commemorative dates at this time of year:

December 24: Christmas Eve or “La vigilia di Natale”, when the Catholics pray for the arrival of Jesus on the 25th. It is a day when they go to mass and do not eat meat. Actually the family meal is really important on this date, so much that in Florence there is this saying regarding the Christmas Eve “Chi guasta la vigilia di Natale, corpo di lupo e anima di cane”, which casts a curse on those who “mess up” this meal.

December 26: Saint Steven’s day or La festa di Santo Stefano, when the Florentines celebrate the feast of the day after Christmas dedicated to Saint Steven, traditionally spent with the family, even if the city, in non-pandemic times, offers many initiatives to celebrate outdoors, such as markets, parties in the squares, festivals and others.

December 31/January 1: New Year’s Eve or Festa di San Silvestro, which as everybody knows marks the end of the current year and the beginning of the new one. The celebration in Florence is pretty much the same as everywhere else: with parties, wishes and hopes (not hugs though in 2020).

January 6: The Epiphany or L’Epifania, which marks the arrival of the Three Wise Men who carried gifts to the newborn Jesus. But also, if not mainly, in Italy the Epiphany marks the Festa della Befana. She is an ugly old witch who brings candies for the good children and coal for the bad ones. The kids love it!