Bronzino and the supreme poet. An allegorical portrait of Dante in the Palazzo Vecchio 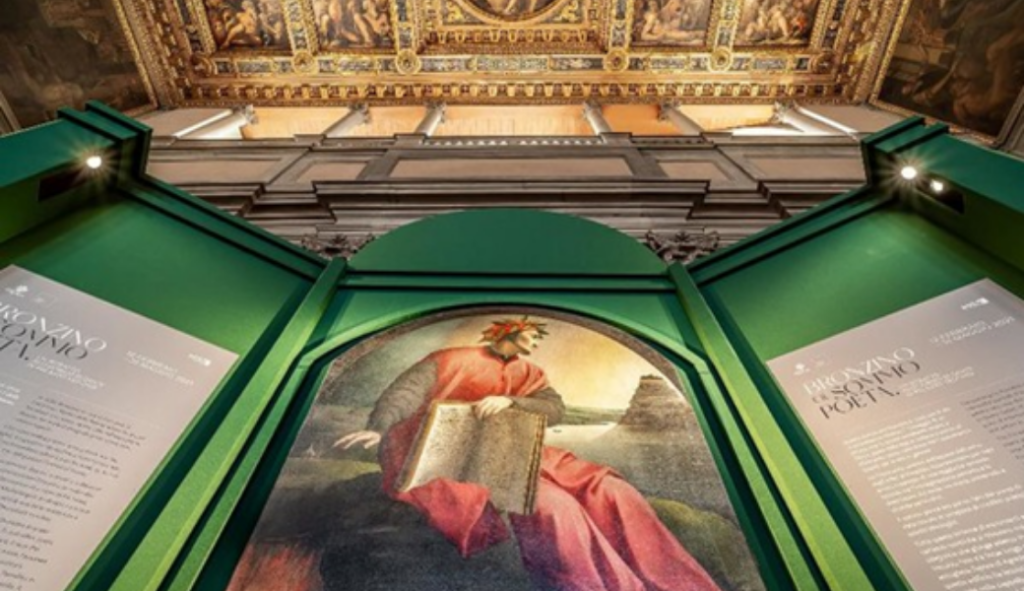 Bronzino and the supreme poet. An allegorical portrait of Dante in the Palazzo Vecchio

The Salone dei Cinquecento has got a new work of art that will be on display until May 31, 2021 in an exhibition called “Bronzino e il sommo poet. An allegorical ritratto of Dante in Palazzo Vecchio ”.

Dante’s portrait is an oil on canvas dated 1532-1533, according to Giorgio Vasari in the “Life of Bronzino”, of 1550. The portrait was commissioned to Bronzino together with the portraits of Petrarch and Boccaccio to decorate a room in the house of the cultured Florentine banker Bartolomeo Bettini, with “Poets who have sung of love with Tuscan verses and holds” in the lunettes of the walls and in the center a table with “Venus and Cupid” painted by Pontormo on a pasteboard by Michelangelo Buonarroti, now preserved in the Accademia Gallery.

The ambitious project, which remained unfinished, involved the major painters active in the city at that time and anticipated themes dear to the writers of the future Florentine Academy (to which Bronzino himself belonged until 1547), such as the superiority of the Tuscan language and the relationship between art and poetry.

Of the three portraits commissioned from Bronzino, only Dante’s has survived to this day. Known in the past through a preparatory drawing of the poet’s head (kept at the Staatliche Graphische Sammlung in Munich), a copy on wood (kept in the Kress Collection of the National Gallery of art in Washington) and various graphic reproductions, it has been lost for a long time until the canvas was found in a private Florentine collection and accepted by critics as the original portrait of Dante mentioned in Vasari’s biography of the artist.

In the year that celebrates the 700th anniversary of the death of Dante Alighieri, the exhibition of his portrait at the Palazzo Vecchio is not only a tribute to the supreme poet, the father of the Italian language, but also a reunion of the artist with Florence, to where he never managed to return after being exiled.