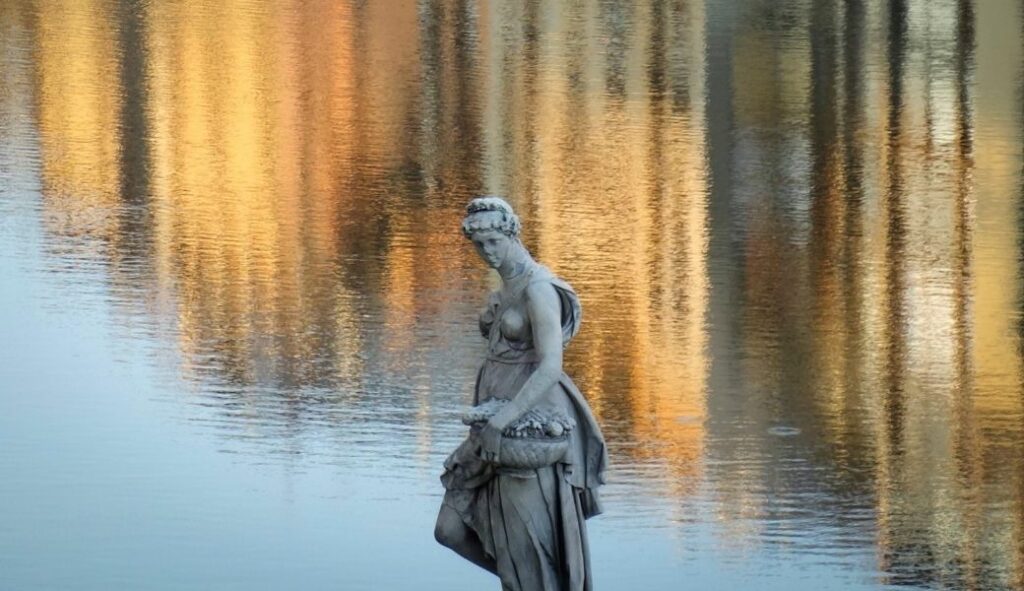 The stay at Antica Torre Tornabuoni is a dive into the history of Firenze and a great celebration of the city. Therefore, there’s no better place to host an exhibition of photos that portrays the crib of renaissance, specially when the photographer is the protagonist of a love story with Florence.

Lena Keslin first arrived in Florence in 1973 and immediately called her parents to announce, “My heart is finally at home”. She came to the capital of Tuscany to continue her art studies after graduating from Parsons School of Design in New York City, signing up to study with Silvio Loffredo at the Accademia di Belle Arti. The original plan of painting was quickly replaced by the will to photograph Florence, because Lena “couldn’t stand being cooped up inside with Florence right outside my window”.

In May 2014, Lena brought her pictures to the Antica Torre Tornabuoni walls, in an exhibition made to last one year, but that soon became permanent. The 25 large photos on canvas show Florence through the eyes of Lena, with whom we spoke in this interview. Check it out!

Lena Keslin – The photographs had been taken over several years while we would always stay at Antica Torre. I started to give out my notecards to the staff and Maria Rita Bellini, the general manager, suggested we did a show of my work. Fortunately, it became a permanent installation.

ATT – Where do guests find these works? Is there a specific room or are they spread around the property?

LK – The photographs are in the lobby of Antica Torre, on the 4th and 5th Floors of the Tower and, also in the Panoramic Bar. They were specifically chosen for the specific locations of the property.

ATT – In addition to being the photographer, you also curated the setup of the exhibition. Can you tell us a little about this process?

LK – I did curate the exhibit from a distance, in my studio. I organized the photos by color and subject to create a flow of interest.

ATT – Do you have any “favorite works” among those on display?

LK – I do have some favorites… The Red Chair, which is at the front desk greets the guests, along with one of the larger pieces, La Primavera, Arno Reflection, which is another favorite. They both have a painterly quality and I cherish the memories of when I actually photographed the images.

I love seeing the close-up facade of Santa Maria Novella, which is in the Panoramic Bar, the Red Curtained Room from the home of Elizabeth Barrett & Robert Browning is a sliver of a glimpse into their Florentine home. I could go on and on…

ATT – You told us that you first arrived in Florence in 1973 and immediately called your parents to tell them that your heart was finally at home. Do you still feel the same about Florence?

LK – Florence remains to be my most beloved city in the world. Perhaps because I was there as a young woman and it has been a big influence on me ever since. It’s a visual feast for the eyes, whether I’m visiting one of Florence’s beautiful gardens or immersing myself in the history at one of the many museums, or just walking and window shopping, or finding some treasures off the beaten track. These are special moments for me.

As Elizabeth Barrett Browning wrote: “How do I Love Thee, Let me count the ways.” I always felt she was writing about Florence and so my 25 photographs are counting each of the places I love and treasure around the magnificent city of Firenze.

It gives me immense pleasure to know a part of me is always in Florence, at Antica Torre di Via Tornabuoni, 1.

[…] art. On the walls, other than the frescos, our guests find paintings of many artists and also the Permanent Exhibition with the photos of Lena Keslin, who knows how to picture Florence like no one […]