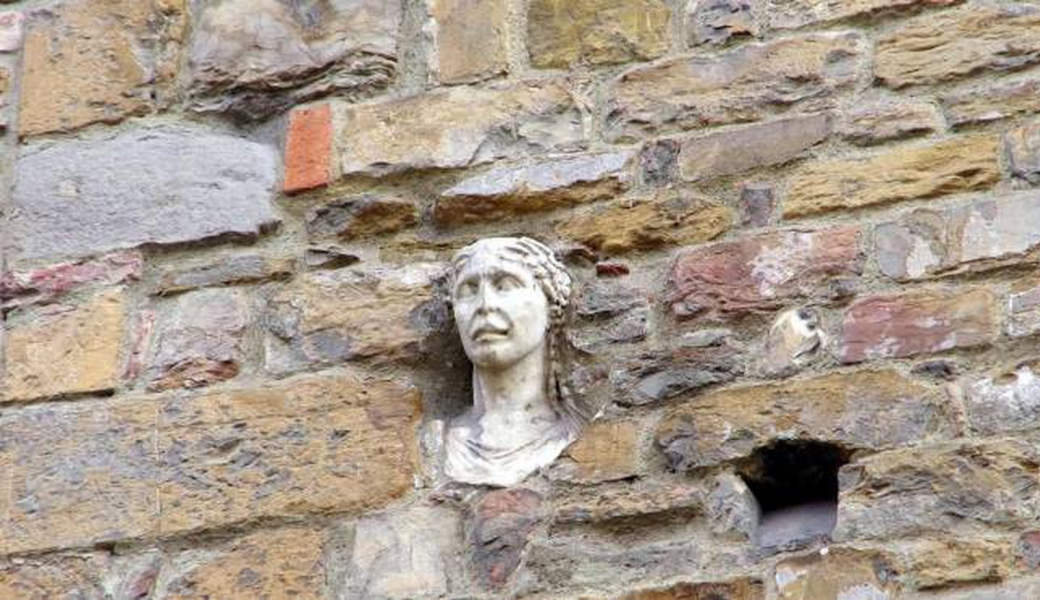 In via dè Cerretani, on one side of the church of Santa Maria Maggiore, something very strange and disturbing emerges from the wall: the petrified head of a woman, better known as the Berta, the protagonist of one of the most famous legends of Florence . You are surely wondering: “What is the strange reason for such a thing?”. Here you are satisfied: Cecco d’Ascoli, astronomer, in 1326 was accused of witchcraft and was burned at the stake; but it is said that he had made a pact with the devil: if he had only gotten one sip of water, he would have been saved. So, while it was burning, he yelled at a woman looking out to give him water, but she denied it to him: so he threw a curse on her and the head of the unfortunate woman is still there.

Another version of the same legend has it that the head is actually of a priest, who looking out from the church, learned of Cecco’s pact with the devil, shouted at everyone not to grant water to the condemned: so the astronomer, as he burned in the flames, he shouted to the priest: “And you will never get out of there.” This is why it is said that the petrified head of the priest still looks at the statue. Another legend about the Berta has it that the woman was instead a fruit seller, who had a stall right there; one day she gave a bell to the church to warn citizens of the opening and closing of the doors of Florence: the city thanked her with this marble tribute.