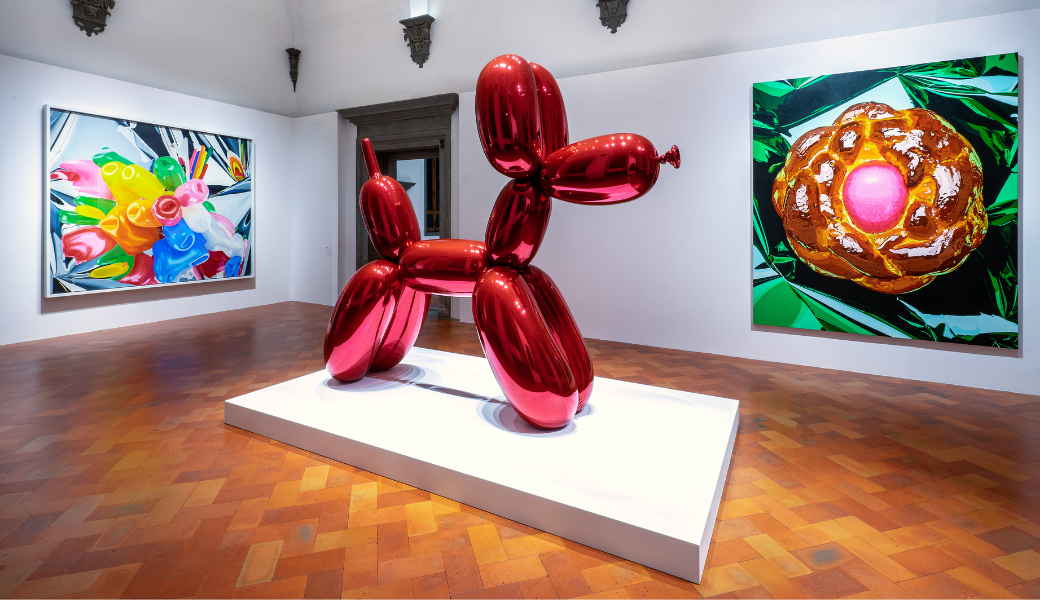 “The job of the artist is to make a gesture and really show people what their potential is. It’s not about the object, and it’s not about the image; it’s about the viewer. That’s where the art happens.” That’s how the American artist Jeff Koons put the experience of placing the observer before a mirror in which they can at once see themselves within their environment and thus experience affirmation. And that’s exactly what you will have when visiting Jeff Koons. Shine at Palazzo Strozzi.

On show until January 30 2022, the exhibition brings to Florence a wide selection of the most celebrated works by Jeff Koons, known as one of the most important and controversial figures in the contemporary art world.

The artist collaborated with the development of the exhibition that hosts loans from some of the world’s most important collections and museums. The works explore the concept of “shine” in Koons’s creations, which oscillates between the dualities of being and seeming, or truth and sensation.

The chosen artworks illustrate the story of a career that has spanned over forty years, from Koons’s glistening metal sculptures replicating luxury objects like Baccarat Crystal Set (1986) to his iconic inflatables such as Rabbit (1986) and Balloon Dog (Red) (1994-2000). In addition, the exhibition will highlight Koons’s revisitation of pop culture and his historic reinvention of the readymade through works such as Hulk (Tubas) (2004-2018) and One Ball Total Equilibrium Tank (Spalding Dr. JK 241 Series) (1985).

For the misguided, Koons’ sculptures may look like child’s play, but exactly there lies the grandeur of his work, in the fact that he manages to transit between the popular and the academic and bring deep reflections – due to the literal and metaphoric reflective quality of his artworks –  heightening the viewers metaphysical understanding of time and space, surface and depth, materiality and immateriality.