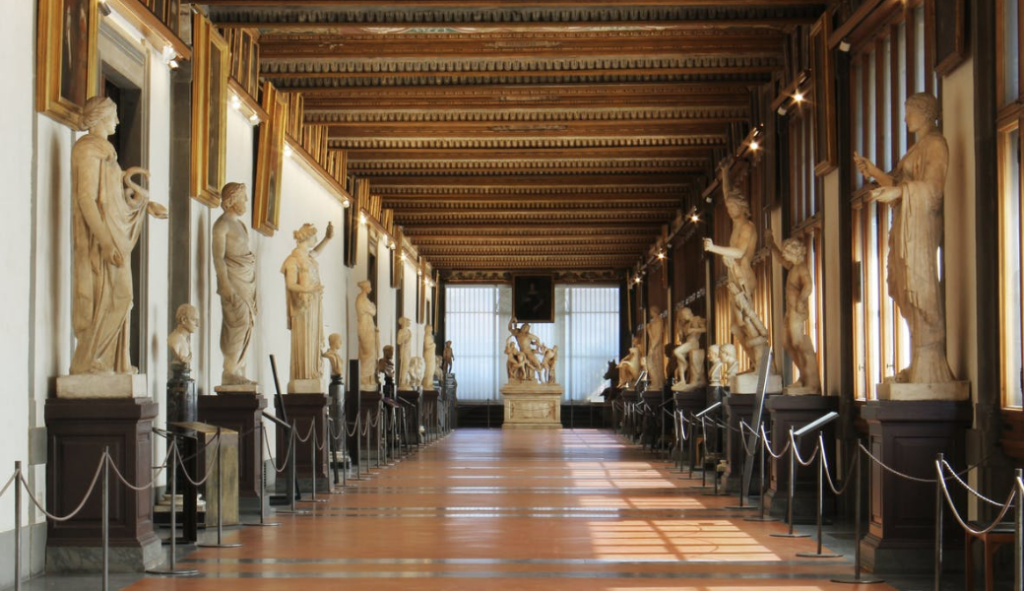 5 reasons to visit the Uffizi Galleries

The Uffizi Galleries are, no doubt, the most famous museum in Florence. If it’s the most beautiful? This is a matter of taste. But one thing is unanimous: it is impossible not to be impacted by a visit to this Florentine jewel. If you’re still not convinced, check out the following 5 reasons to visit the Uffizi Galleries!

It was elected the best museum in the world by Timeout, before the Louvre and Moma. One of the reasons for the choice was the overwhelming sensation that the works of art present there provoke in visitors.

The architecture project of Giorgio Vasari is worth the visit for itself. The Gallery entirely occupies the first and second floors of the large building od 5.400 square meters constructed between 1560 and 1580. Initially built to be the “house” of all the administrative departments of Florence, it became one of the most significant examples of sixteenth century Italian architecture.

It is famous worldwide for its outstanding collections of ancient sculptures and paintings (from the Middle Ages to the Modern period).

It holds the Botticelli’s Birth of Venus, one of the most – if not THE MOST – beautiful work of art of all times. The Birth of Venus was painted on canvas, a support that was widely used throughout the 15th century for decorative works destined to noble houses. In this case, it is highly probable that the work was commissioned by a member of the Medici family. There’s nothing written about it, but the orange trees in the painting, which are considered an emblem of the Medici dynasty, gives us a clue.