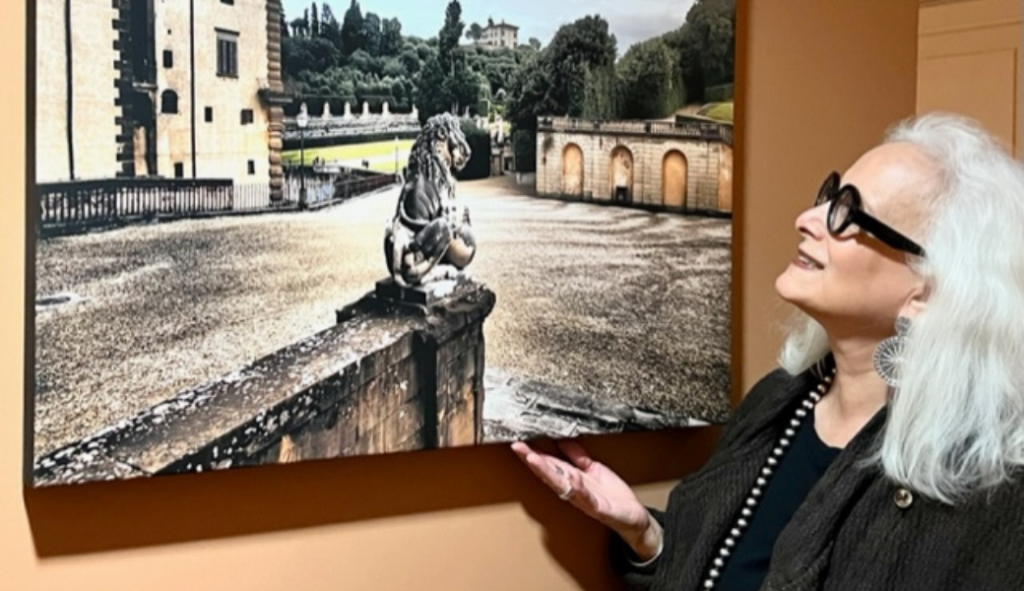 If you already stayed at the Antica Torre Tornabuoni you must have noticed that our property breathes art. On the walls, other than the frescos, our guests find paintings of many artists and also the Permanent Exhibition with the photos of Lena Keslin, who knows how to picture Florence like no one else.

The exhibition of 25 large photos on canvas have now six new pieces, brought to us by the artist herself after a long period away from Florence. “We originally were supposed to arrive in Florence on March 12, 2020 to deliver six large photographs on canvas to our beloved Antica Torre di Via Tornabuoni,1. However, that turned out to be the same day that all of Italy shut down” says Lena. “The world shut down and it was a frightening time. We live in Santa Fe and we work out of our home so we were fortunate not to be in a big city. We had groceries delivered, but never takeout… I cooked three meals every day for over a year. I read a lot of books and worked on some self-created projects. But it was a horrible time, we lost dear friends and family. I worried about our friends in Florence, our favorite hotel, our favorite restaurants… What I knew was that Italy was being hit hard and that everyone I knew there was being effected”.

After two years and one week (as she made a point of emphasizing), Lena finally arrived in Florence on the first day of spring 2022. “This was a dream come true, being back and settled in our beautiful room at Antica Torre was everything I had hoped for it would be. Gazing out at the Duomo, or across the Arno with views that looked like they had been painted by Da Vinci”, commemorates Lena.

Here are the new works of Lena Keslin Permanent Exhibition at Antica Torre Tornabuoni, explained by the artist herself.

Under the Vasari Corridor

It is a photo void of people. I noticed elsewhere that photos of that archway had come to represent the empty streets of Florence during the pandemic. One morning I had gotten up very early to go out photographing hoping to find the streets empty. Not imagining what it would come to represent.

It is one of my favorites from this new collection. I love the building and the inscriptions of what was sold there. It must have a very interesting and ancient history. This was my homage to its former glory.

Here I would highlight the elegant use of space with sculptures and archways and the tiled floor and all the while open to the elements.

It is draped fabric, with the light from outside glowing through at a window from Palazzo Pitti.

It is looking into a hallway at Palazzo Davanzati, a place that continues to inspire with a peek into what a Renaissance home was like.

This is such an elegant representation of Florentine design. 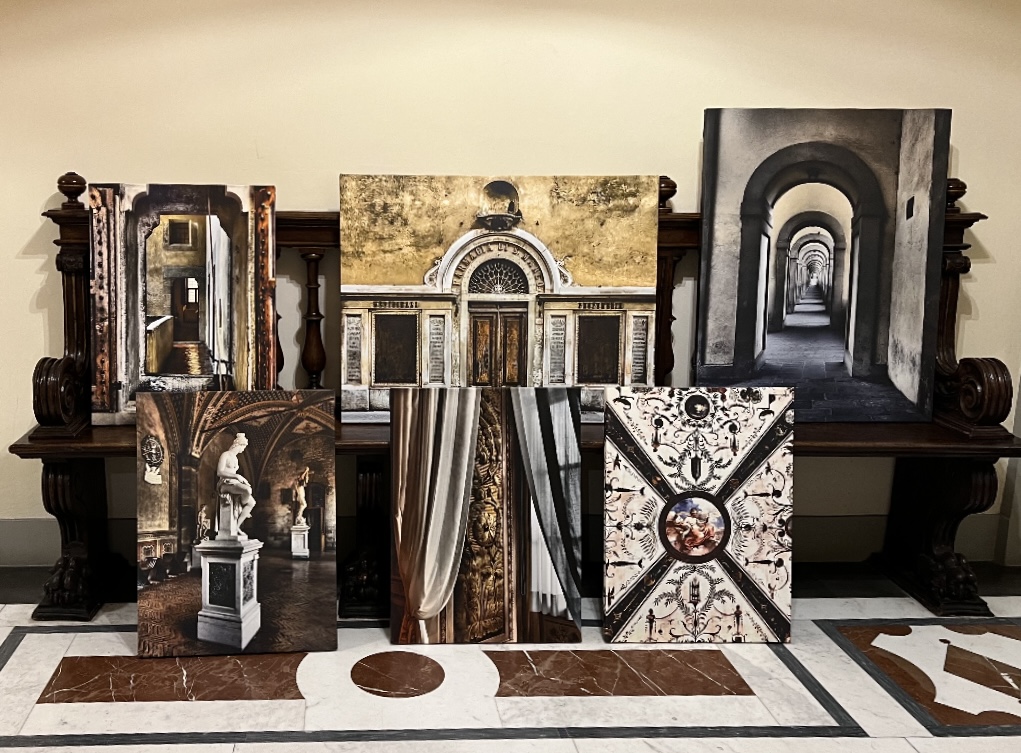 These new additions to the collection can be found in guest rooms and the hallways of the 4th and 5th floors of the Tower.