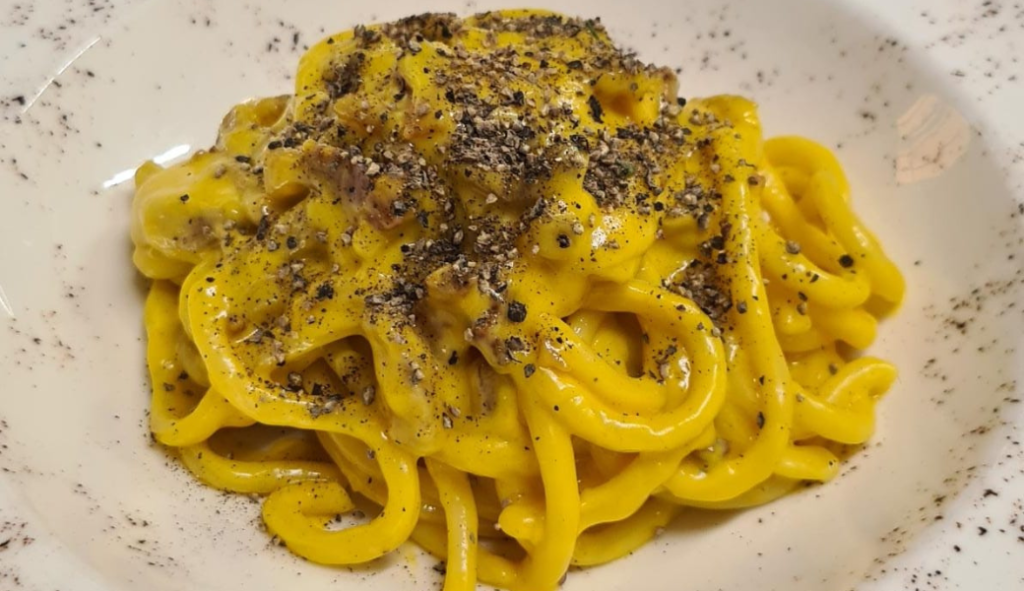 A special occasion to welcome autumn with good food and an amazing view of Florence. That’s how we can describe the Spaghetti Night in Tower, a very exclusive event that will be held only three Friday evenings: September 30, October 7, and October 14. There will be very few tables available, so hurry up and book now!

Here is the Spaghetti’s Night menu:

To help you get prepared to choose one of the 11 types of Spaghetti that will be cooked by our talented chef Carlos Curasma, we have made a list of curiosities about the most known – and loved! – pasta in the world: the Spaghetti!

How to prepare:
Cut the cherry tomatoes in half, removing the seeds and water, and add them to a saucepan where you will be frying the crushed garlic heads together with the oil. After five minutes, add a few basil leaves, then cook for another twenty minutes, stirring occasionally. Then cook the spaghetti. How? A liter of water and 7 grams of salt per 100 grams of spaghetti. Times vary according to spaghetti and water, but the important thing is that they are al dente, that is, well cooked outside and slightly raw in the center. At this point add the tomatoes (if you prefer pass them in a vegetable mill or a blender) and serve.