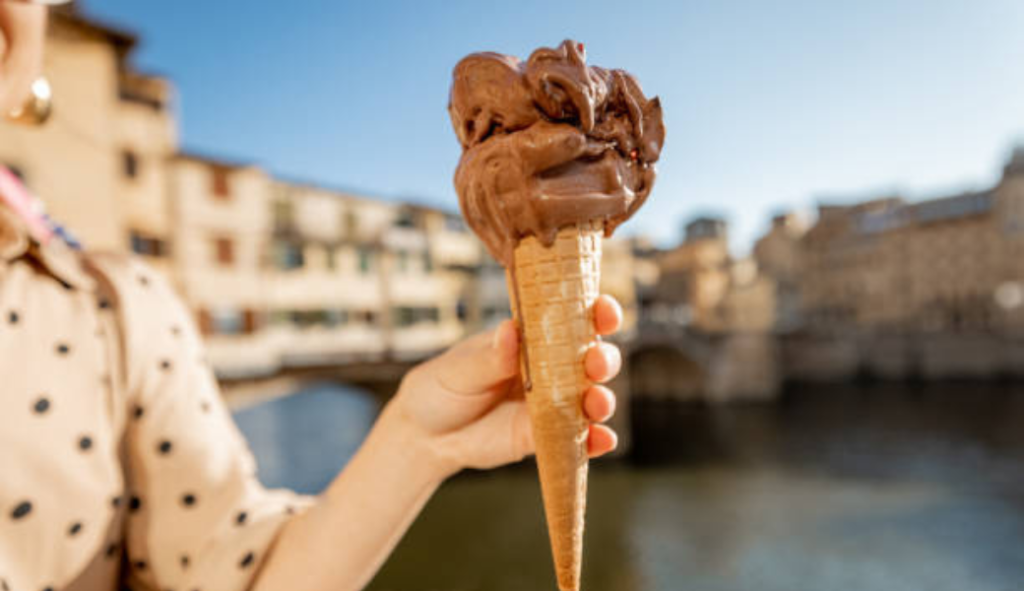 August is undoubtedly the hottest month of the year in Florence. The good news is that there is no shortage of wonderful gelaterie in the city to cool off in the summer heat.

To help you not to get lost among so many options, we’ve prepared a list of the 5 best gelaterie in Florence.

If you don´t pay attention, you can miss this tiny gelateria, in the small square of the same name. But don´t be mistaken: once you try their gelato, you can never miss the great savor it will bring to your mouth.

Among the ´´must try´´, are the flavors peaches and wine; sheep ricotta gelato with blackberry jam; forastero cocoa mass; the ricotta fiordilatte with caramelized figs; and the ricotta mozzarella with raspberries scented with rosemary.

A really traditional gelateria, open since 1932, which is also an elegant pastry. Once there, try the Buontalenti cream, a historic recipe conceived in the 1960s in honor of the inventor of the first ice cream created in Florence in 1565 at the De ‘Medici court, made only with cream, milk, sugar and eggs. If you want to innovate, try the combination of fig and salted caramel or the black sesame ice cream.

One of the reference points for ice cream in Florence, the ice cream parlor maintains the original look and furnishings from the 1930s, when it was still a latteria (milk shop). Here tradition commands the show, not only in the setting, but in the flavors of gelato, such as panna gelato and nougat, which are hardly found in the most modern gelaterie.

In addition to these two “most requested“ flavors, there are options for all tastes, but always with seasonal products. During the summer, customers will find chocolate, cream, fruit flavors, all strictly prepared according to the dictates of the Florentine tradition.

This gelateria is not so antique, but it is located in one of the most traditional – and coolest! – Florentine neighborhoods: San Frediano. The classic gelati are present, made with high quality raw materials and seasonal ingredients. Among the most original creations, the lime and basil cream; the Thai, made with lemongrass and coconut milk; and the New England 1776 made with mozzarella, maple syrup and candy bacon.

After more than ninety years of activity – it is open since 1929 – it still makes excellent ice cream. During the summer, the sorbets convey the seasonal fruits, so at the end of the season you can find the blackberry sorbet, the one with figs also in the variant with finocchiona. Among the milk range, the pear and caramel, and the vinsanto and cantucci are highlights.