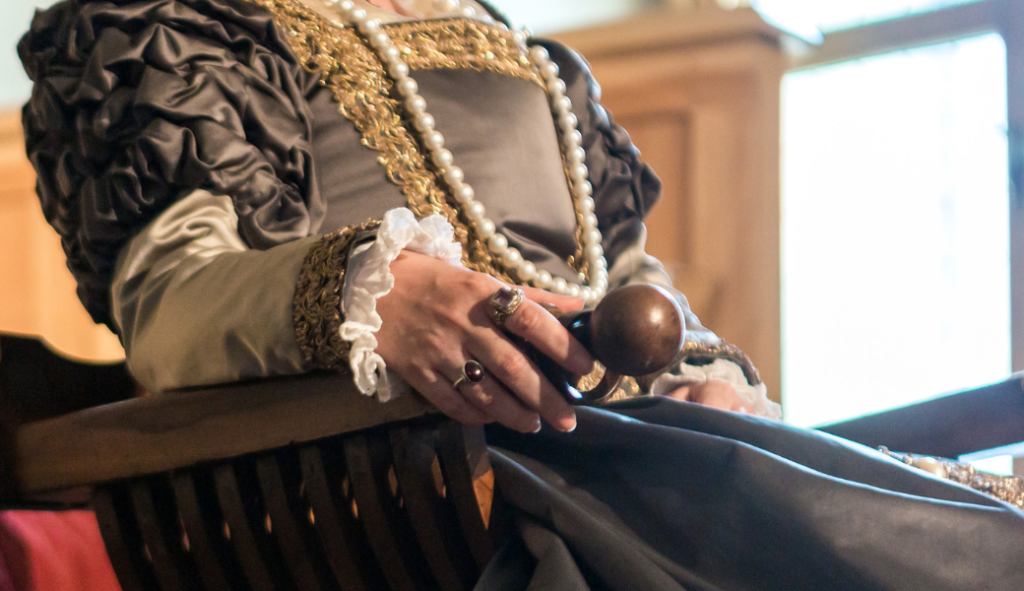 The birth of a woman fundamental to the history of Florence completes 500 years, and the city is celebrating. The Grand Duchess and wife of Cosimo I de Medici gave birth to 11 children, fulfilled significantly the public role of sovereign, administrator of the Medici Family heritage, as well as commissioner of significant works of art.

Although Eleonora was not Cosimo’s first choice to marry – for strategical reasons –, theirs was one of the few true love stories in a time of arranged marriages, as was theirs too.

Cosimo intended to marry the daughter of the Spanish Emperor Charles V, but she was already promised. So, the Grand Duke welcomed the opportunity to say yes to one of the four daughters of Dom Pedro de Toledo, Charles V’s trust man, Emperor, and Viceroy of Naples.

The preference of both the Neapolitan and Florentine courts was for Isabella, known as “the ugly daughter”, but Cosimo chose Eleonora, whom he had met in 1535 when he accompanied his cousin Alessandro on a diplomatic mission to Naples.

Cosimo was so fascinated by Eleonora’s grace and beauty that he sent all the diplomacy possible to Naples to convince Dom Pedro to agree to the marriage. After the usual discussions, an obligation for the society of the time, an agreement was reached with the viceroy and, once the contract was signed, the marriage was celebrated by proxy and the ring was given to the bride.

When the two young men met, a love was born that will unite them for a lifetime. As long as the Duchess lived, we had no news of Cosimo’s escapades; escapades that would hardly have gone unnoticed in a gossip town like Florence at the time and where the duke was constantly in the spotlight. And the love was reciprocal.

Eleonora was a benevolent woman and she showed these actions: giving abundant alms, helping the needy girls to build a dowry, supporting the small clergy drawing on her private income.

Eleonora was the second and last duchess consort of Florence. Although she is often called “Grand Duchess Eleonora”, she was never Grand Duchess of Tuscany, as she died at the age of 40, before the creation of the Grand Duchy of Tuscany. During the periods of absence or illness of her husband, Eleonora assumed the role of regent of the Duchy of Florence.

Under the wings of a lapwing. Thematic visits on Eleonora de Toledo

In Palazzo Vecchio, in the mid-sixteenth century, works of architectural extension and decorative renewal were in full swing, after the Medici family had established their own residence and the court’s residence here. In the context of these interventions, a prominent role is played by Eleonora di Toledo, young wife of Cosimo I, nourished with a cultured and sumptuous taste at the paternal court of Naples. The visit will lead visitors to learn more about the stories and characters of the Duchess and to appreciate the artistic results most closely connected to her, with special attention to the apartments intended for her and to her wonderful chapel, painted by one of her favorite artists, Agnolo Bronzino.

Invitation to the Royal Palace: in the presence of the Duchess Eleonora

After a short tour of the palace, which will allow you to understand the main features of the ducal residence, the public will have the honor of being received in audience by the Duchess Eleonora. The dialogue with the historical figure will allow a direct comparison between sixteenth-century society and today’s society, inducing reflection on present codes and habits and restoring a precise historical and political context to the decoration of the Medici Palace.

The visit will allow you to rediscover places and works of art related to the “Spanish Nation” in Florence in the sixteenth century, including the Great Cloister and the Cappellone degli Spagnoli.

When: Every last Saturday of the month

Booking is mandatory for all the events. For information and reservations: 055-2768224 / info@musefirenze.it