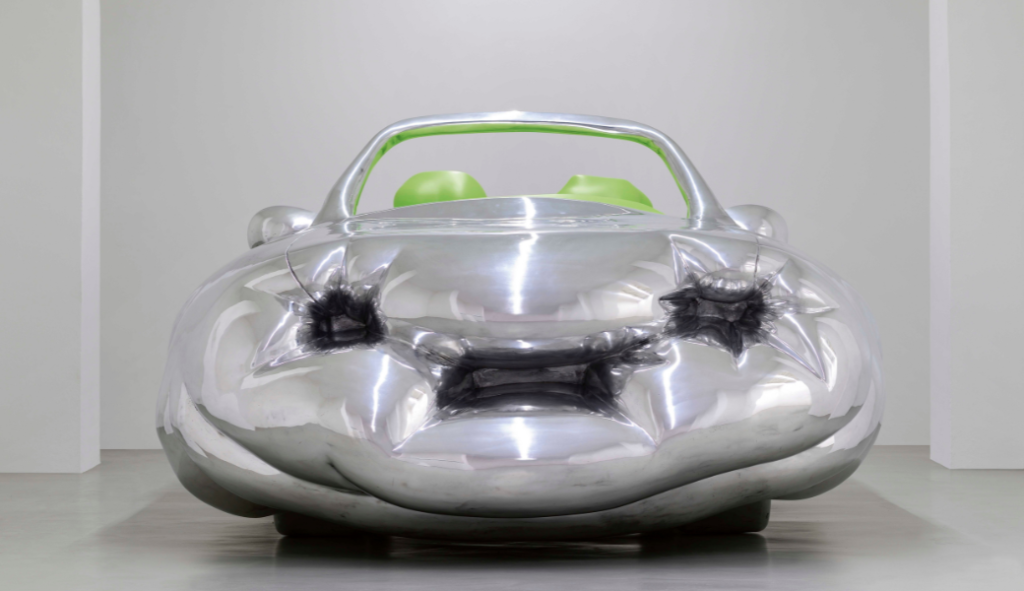 Until March 18, 2023, Erwin Wurm, one of the major protagonists of international contemporary art, will be exhibiting his works in a specially conceived project at the Galleria Poggiali in Florence.

This is the first complete and articulated exhibition of Wurm in Italy, and it brings together about twenty-two works, most expressly created, to account for the multifaceted quality of the Austrian artist’s sculptures, together with a series of oils on canvas made for the occasion.

At first glance, his works may seem humorous, but in fact the distorted, exaggerated, bloated objects criticize central aspects of contemporary society such as the car, mass-produced food, the house, consumerism. They are ironic and insightful reinterpretations, through the usual visual alteration.

One of his works can be seen in the Piazza Santa Maria Novella: the Fat Bus sausage, which is a consists of a real van, in a bright lilac color, designed for the preparation and actual distribution of Hot dogs.

It is ironically modified with polyurethane, which makes it abnormal. The public will request and consume food in exchange for an offer, which will be destined for charitable activities in favor of a city institution.

As curator Helmut Friedel explains: “In Wurm’s works, the transformation of the figure also extends to the objects with which it relates: overweight cars (like their owners), sausages that deform the appearance of cars and houses or simply kiss each other; a nice shopping bag that goes shopping on its own legs”.