AN ILLUSTRIOUS PAST, A BRIGHT FUTURE 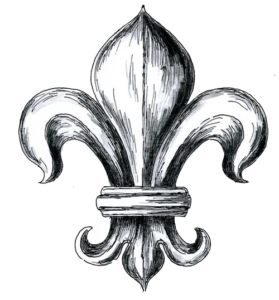 The tower-house called “Antica Torre Tornabuoni ” stands at the beginning of the iconic street via de’ Tornabuoni, a few steps away from Santa Trinita Bridge. It was built in the mid-thirteenth century by the Guelf Ruggerini family and was later sold to the Fastellis or Pietrobonos. From the early 1300s until the end of the 1700s it was the Gianfigliazzi residence, whose name dates back to a certain Giovanni, son of Galeazzo, called “Gian son of Azzo”.

It belonged for a long time to the Gianfigliazzi family, which in this area had extensive properties, “and until 1770 it was destined for the public conversation of the noble class”, hence the name by which it is still known today (casino of the Nobles).

The Gianfigliazzi were a Guelph family of bankers and traders who did not hold public offices until the Battle of Benevento (1266), when the opponent Ghibelline faction lost supremacy over the city and was almost definitively defeated in the whole Italian panorama. In fact, throughout Italy the Ghibellines were driven from the cities. 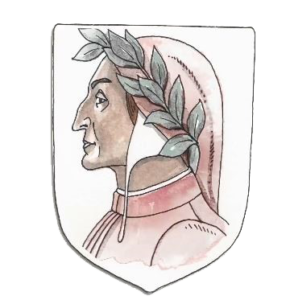 Dante Alighieri talks about it several times in the Divine Comedy, as when he mentions the Ghibelline Manfredi of Sicily, sovereign of the Kingdom of Sicily, in Purgatory III and meets him together with Virgil on the beach of the Antipurgatory in the first row of negligents (excommunicated deads).

From then until 1530 the distinguished family produced thirty Priors and ten Gonfaloniers, war commissioners, ambassadors and several knights of the Golden Spur order (the pontifical knightly order conferred on those who did their utmost to spread the message of the Church). The Gianfigliazzis built houses, lodges, and towers in the district of Santa Trinita and evidence indicates they were also the owners of the houses around the church.

The Gianfigliazzi family died out in 1764 with Canonico Rinaldo of Lodovico whose tomb can be visited at the Basilica of Santa Trinita located next to the Antica Torre Tornabuoni in Piazza Santa Trinita.

Dante did not only mention the Gianfigliazzi family in Purgatory III, but we also find a reference in Inferno XVII.

With the extinction of the Gianfigliazzi family, in 1764, it was acquired by the Fontebuoni and then by the Piccioli family.

In the palace, on the second floor, was the early 20th century the Pensione Piccioli, a privileged residence of aristocrats, English writers, artists and musicians, where among other things they were guests in 1932 and in 1935 the Russian writers Dmitri Merezkovskil and Zenaide Hippius. 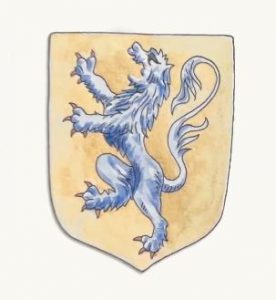 Thanks to careful restoration which has safeguarded the building’s charm and architectural heritage, the evocative ambience of the Via Tornabuoni palace has regained life and warmth.

Our two glorious rooftop terraces offer a unique view: the main one guarantees an unbeatable view of the Cathedral of Santa Maria del Fiore and the hills of Fiesole and the second one faces the Arno River and the great monuments of the Oltrarno.

Today Antica Torre di Via Tornabuoni 1 is not a boutique hotel but a historic mansion where guests can relive an authentic moment of history, not as spectators but as protagonists.