Meet the real Mona Lisa, born and raised in Florence

Meet the real Mona Lisa, born and raised in Florence

Mona Lisa, La Gioconda from Leonardo da Vinci’s masterpiece, was a real person. And we’re not talking about a self-portrait of the artist, as you may think. Mona Lisa was a real Florentine woman, born and raised in Florence under the name of Lisa Gherardini. To learn all the details of this amazing story, we spoke to the author of the book Mona Lisa, A Life Discovered, Dianne Hales, who gave us this exclusive interview – and also prepared a walking tour so you can follow Mona Lisa’s steps in Florence.

1- How did you become interested in Italy and, more specifically, Mona Lisa?
Years ago I came to Switzerland to give a talk and, on an impulse, decided to take a train to Italy. The only Italian I knew was, “Mi dispiace. Non parlo l’italiano.” I was enchanted by everything I saw, but I really wanted to communicate with the Italians who were chattering all around me. Back in the United States, I began studying Italian. My husband and I began coming to Italy every year on vacation, and as we made Italian friends, I kept working harder to become fluent.

My linguistic infatuation eventually inspired a book: La Bella Lingua, My Love Affair with Italian, the World’s Most Enchanting Language. Through Italian friends and friends of friends, I became intrigued by the real woman immortalized by Leonardo in his Mona Lisa. Over the course of several years I walked the streets in Florence where she lived, knelt in the chapel where she prayed, ventured into the long-abandoned convent where she died—and wrote Mona Lisa: A Life Discovered.

2- Almost nobody knows that Mona Lisa really existed and even less that she lived in Florence. For most people, Mona Lisa is a self-portrait of Leonardo Da Vinci. What led you to go in another direction?
When I was in Florence researching La Bella Lingua, I read newspaper reports about the discovery of archival documents from the family of Lisa Gherardini, the real woman in La Gioconda (the Mona Lisa).  Through a family friend, I met the researcher, Giuseppe Pallanti, who shared his findings and gave me a map of the city and marked with X’s the places where Lisa had lived.   During extended stays in Florence, I traced Mona Lisa’s life by visiting the palazzi she lived in as a child, teenager, and merchant’s wife, the churches where she worshipped, the convents where her daughters—and Lisa herself, in her final years— lived.

The consensus among art historians is that Lisa Gherardini was indeed Leonardo’s muse and model. Art historian Giorgio Vasari identified her as Leonardo’s subject in his “Lives of the Artists,” published when Lisa’s sons and some of Leonardo’s contemporaries were still alive and could have challenged any misidentification. Speculation about other possible models has run rampant over the centuries, but in 2006 an archivist discovered a margin note in a book that commented on Leonardo’s working on her portrait and was dated as “October 1502.”  Everything about this identification has held up to intense scrutiny.

3- What were your main findings regarding Mona Lisa? What surprised you the most?

With a crinkled map in hand, I traced Mona Lisa’s life literally step by step, beginning in the dark, dank alley where she was born in 1479. I followed the route she would have taken as a bride in 1495 to her husband’s family home. I returned often to the street where she gave birth to six children and to the church where she worshipped. I sadly beheld the dilapidated former convent where Mona Lisa died and was buried at age 63 in 1542.

But the most surprising revelations concerned the lives of Renaissance women—from childhood to adolescence (when most entered arranged marriages) to their daily lives as wives and mothers.  Florentine women were not “liberated” in our sense of the word, but they were strong. They not only held up half the sky but served as the glue that held all aspects of Florentine society together. The woman whom Leonardo immortalized was no victim but a fully dimensional, confident, intelligent, intriguing, flesh-and-blood woman.

It was also a complete delight to meet the Princesses Natalia and Irina Guicciardini Strozzi, the fifteenth generation of Mona Lisa’s grandchildren (on their father’s side), who also are descended from some of Florence’s most prominent noble families. I saw some resemblance, both around the eyes and in the curve of their jawline. However, what impressed me most were their spirit and personalities.
Natalia, a ballerina-turned-actress, is more extroverted and bubbly; her younger sister Irina, more reserved. But both exude such graciousness, warmth, and charm that I had to wonder –  although we can never know – Mona Lisa might have shared their ebullience. Both of the Strozzi princesses have huge, megawatt smiles—the opposite of Mona Lisa’s subtle grin. But their regal father, Principe Girolamo Guicciardini Strozzi, does indeed smile like La Gioconda. I know: I saw it when I presented him with a copy of my book on his renowned ancestress.

4- And what news can we expect regarding your work? Is there a new book on the way?
I’ve just completed the manuscript for LA PASSIONE: How Italy Seduced the World, which will be published in April, 2019, by Crown, a division of Penguin Random House. I see it as a   jubilant combination of history, travel reporting, memoir, and love letter to Italy – a culture, rather than a mere country, that has transformed art and architecture, language and music, food and fashion.

Now that you know a little bit more about who was the Mona Lisa, Diane Halles invites you to travel back in time to the city where Lisa Gherardini grew up, married, had children, inspired a genius and survived some of the most tumultuous decades in Florence’s history. Enjoy experiencing Florence in an entirely new way: through Mona Lisa’s eyes. 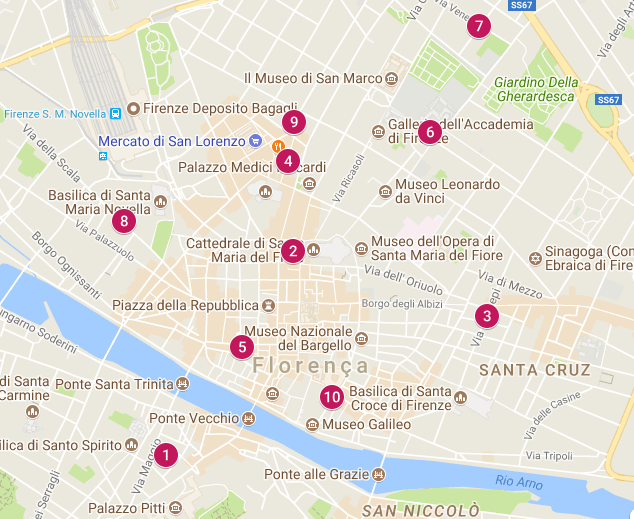 This is fascinating and when next I am in Florence I want to do this walking tour. Thank you so much for sharing this story.

Freya, I want to do this tour in October!

The Botany of Leonardo: connecting art and nature Reply

[…] but also the versatility of this brilliant mind, known by common sense as the creator of the Mona Lisa, but who is much more than […]

This was so interesting about the Mona Lisa. She was a beautiful woman. Thank you for sharing your research I learned so much!

Why Is The Mona Lisa So Famous? (Explained) – USA Sports News Live In America Reply

[…] subject of the Mona Lisa is Lisa Gherardini of Florence, who was the wife of the wealthy merchant leader, Francesco del […]

Florence and its “Tower Houses”