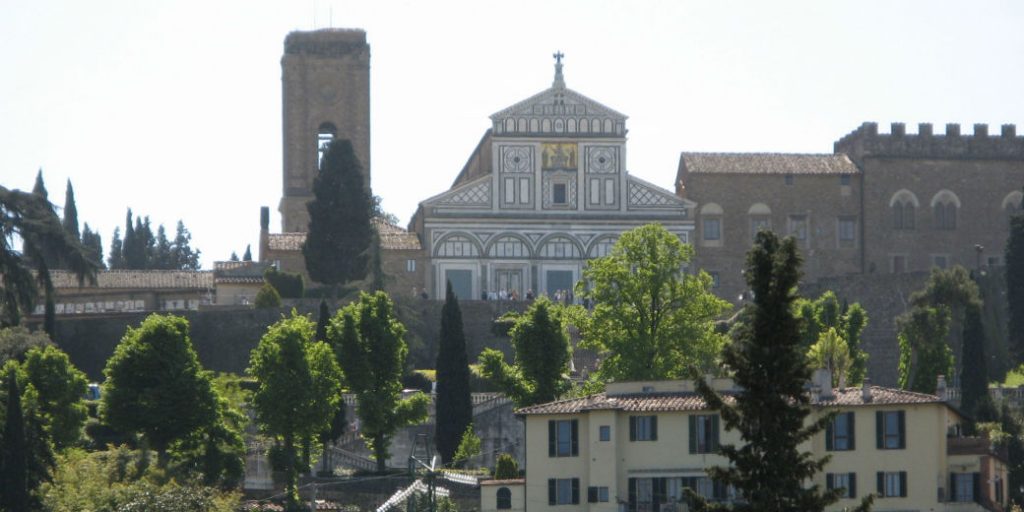 The history of San Miniato al Monte started in April 27th 1018 with the authoritative “Charta ordinationis” of the Florentine bishop Ildebrando. He recovered the relics of the martyr Miniato, an Armenian exile killed in the 250 by the soldiers of Emperor Decius, among the ruins of the previous Carolingian church, and placed them more dignified in an altar destined to become the first true foundation stone of a new Romanesque Basilica. The bishop then gave the pastoral care to a priest of his presbytery, named Drogo, to be the first abbot of a monastic community called to live on the hill of San Miniato according to the Rule of St. Benedict.

Since then, the monks of San Miniato al Monte have kept a “prophetic dream of peace”. In turbulent times as now, it seems a good idea to celebrate this peace, rediscovering, sharing and assimilating its meaning.

San Miniato al Monte has 10 centuries of history, a wonderful trajectory of beauty, faith and hope that is being remembered and celebrated since April 27th 2018, until April 27th 2019, when the church will become 1000 years old. Through all this years, San Miniato al Monte has always embellished art and wisdom in this place that has been offered to generations of pilgrims and visitors of all origins and convictions as a space of peace, hope, reflection, by the great artists of the past, in very recent times, to representative figures such as the Dalai Lama, Paul Evdokimov, Marguerite Yourcenar, Kofi Annan, Thich Nhat Hanh and many others.

Since April 27th 2018, a lot of events are taking place at San Miniato al Monte, and here is the list of what will be happening from now on:

April 3, 4, 5, 6 and 7 2019
3 pm/7 pm
HAEC EST PORTA COELI, sing for a thousand years – A scenic project that investigates the development of liturgical singing from the ancient Middle Eastern, Hebrew and Egyptian origins up to the Roman and Gregorian chant, to get to the songs of the Afro-Caribbean and African-American tradition. The project will involve about 150 people including representatives of foreign communities living in Florence (coopti, Muslims, Orthodox, Jews, Armenians), migrants, schools, prisoners. A project curated by Culter in collaboration with Workcenter of Jerzy Grotowski and Thomas Richards and Fondazione Teatro della Toscana.

More information about the events: https://millenario.sanminiatoalmonte.it

Spring in Florence: The Rose Garden is a reason to come Reply

[…] up the steps from Piazza Piero Poggi (it is a little bit tiring, but totally worth it), visit the San Miniato al Monte Church and walk from there, take the 12 or 13 buses and go up with them… There are many ways to get […]