I Medici series: Myths and truths of the 1st season 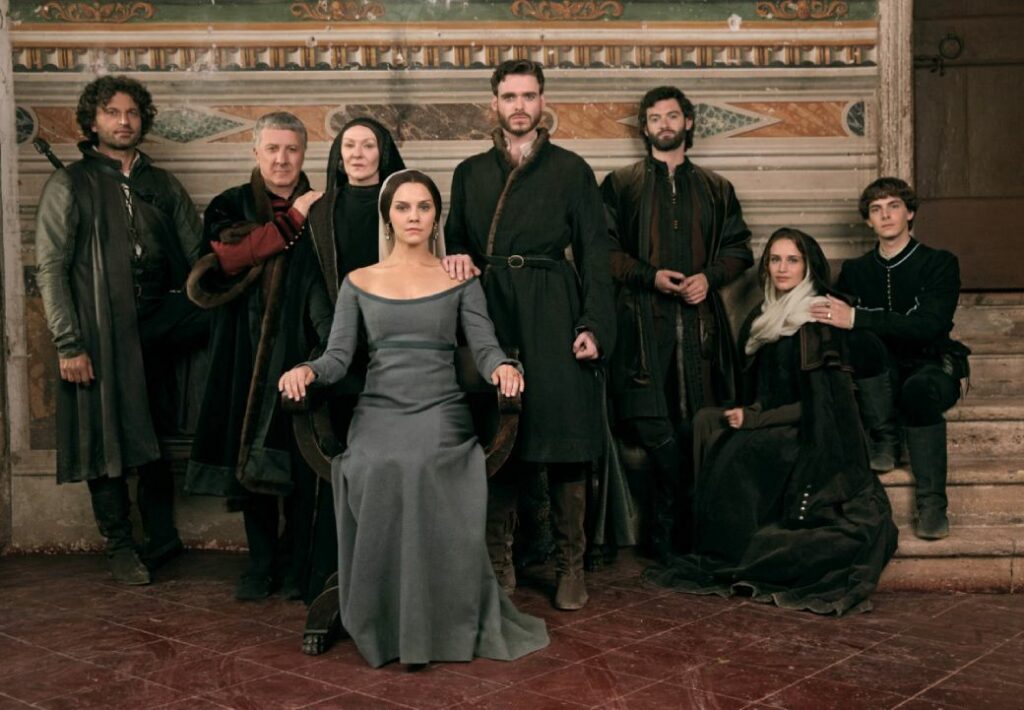 I Medici series: Myths and truths of the 1st season

It is impossible to separate the history of Florence from that of the Medici: the family of merchants and bankers, patrons of the arts and letters, who had political and economic control of Florence and then all of Tuscany until 1737. The Medici dynasty transformed Florence, one of the most flourishing republics in Italy, in their personal domain and they helped to create the splendor of the Renaissance. And that’s what the ‘The Medici’ series tries to show in its three seasons. But did everything we see on the screen really happen?

According to Rachel Valle, guide in Florence and author of the books ‘Eleonora de Toledo sposa amata di Cosimo I de’ Medici’ and ‘La Qabbalah ebraica alla corte di Cosimo I de’ Medici. Allegorie e simboli in Palazzo Vecchio’, reality and fiction mix in the series. Do you want to know what happened for real in Season 1? We tell you everything!

The death of Giovanni di Medici

Therefore, he was not poisoned, in any case hemlock (as in fiction) shows other symptoms. The deadly dose for a human being is believed to be a few grams of green fruit. In humans, the ingestion of the hemlock causes digestive problems, headaches and subsequently paresthesia, decrease in muscle strength and finally an ascending paralysis.

The clothes and the beard

The use of the beard was not very common among the Florentines in the fifteenth century, however all the images representing the Medici in the series are of men with a beard. So, did they wear a bear at that time?

Probably not. In Early Renaissance men did not tend to wear beards. Starting in the mid-sixteenth century, it became fashionable for adult men to wear a beard, but not very long, just as a “virile” frame for one’s face.

As far as clothes are concerned, there are many licenses, in any case the model proposed in the fiction is more tied to the late fifteenth and early sixteenth century taste.

The dome of the Chapel of the Princes

In one of the shots taken after Giovanni’s death, we can see the Basilica of San Lorenzo, today part of the Medici Complex, and the Dome of the Chapel of the Princes is already there. But wasn’t the dome built only in the period of Ferdinand I, from 1587?

In fact, the Cappella Dei Principi was built at the behest of Ferdinando I de ‘Medici, commissioned following a competition held in 1602, won by the architect Matteo Nigetti, starting work from 1604. Therefore, the dome did not exist when from death by Giovanni di Medici.

The dome of the Duomo

The dome of the Duomo is one of the protagonists of the first season of the series and, as in fiction, it was strongly desired by Cosimo il Vecchio. It was his biggest bet and risk!!! Cosimo the Elder supported Brunelleschi’s candidacy, even though there was a public competition, in fact it was Cosimo who chose him for the job that till nowadays amazes everyone who comes to Florence.

In the series, a woman called Bianca appears as the great love of Cosimo the Elder. But there is no certain and founded information about her. As for his marriage to Contessina de ’Bardi, as well as in fiction, it was of convenience, like most of the unions. Lotta, called Contessina de ‘Bardi di Vernio – Daughter of Alessandro di Sozzo Bardi, count of Vernio, and Cammilla (Milia) of Raniero di Galdo Pannocchieschi, count of Elci, was born in 1391 or 1392. The noble family of Bardi di Vernio, together with the Peruzzi family, had lapsed after the financial meltdown, following the failure to compensate the financial loans granted to the King of England Edward III. The reason why Contessina was chosen was her “surname”, so that Cosimo could rise socially from the point of view of political and social visibility. It was a peaceful marriage. Of course, the story with the Circassian slave Maddalena is true, but she was not red and with Caucasian somatic traits as they show us in the series. In reality, she had dark skin. In fact, from their relationship was born Carlo de ‘Medici, who was later ordained cardinal. Andrea Mantegna performs, on behalf of Cosimo the Elder, the Portrait of Carlo de ‘Medici (c. 1466), now preserved in the Uffizi Gallery. And as you can see from the image, the skin is dark, as well as the hair is curly, another typical characteristic of those with dark skin.

Giovanni XXIII, cardinal Baldassarre Cossa, was probably born in Naples, around 1360-65. Sent to the University of Bologna, Cossa obtained there, at the end of a cycle of studies that lasted more than ten years, a doctorate in law which his opponents later attributed more to favor than to merit. The choice of the ecclesiastical career seems to have been imposed on him for reasons of opportunity.

But how did he become pope? Was his election permeated with dishonest games and corruption as shown in the series? Contrary to what is shown in the series, Giovanni XVIII was not elected pope in a normal conclave in Rome, but in a council in Bologna as successor to Alexander V, the pontiff appointed by the Council of Pisa (1409).

His connection with the Medici was true, Cossa was always supported by the Florentine family who, thanks to him, got the management of the collection of papal tithes, gaining profit and power.

Cosimo the Elder himself accompanied the antipope to the Council of Constance and it was Giovanni di Bicci de ‘Medici, at the end of long negotiations conducted by his agent, to deliver 35,000 Rhine gulden to the Palatine count of Heidelberg to free Cossa from prison, in Germany, in which he had been locked up after the deposition.

Cossa died in Florence on December 27, 1419 and the friendship with the Medici lasted until the end. So much so that the Florentine family had a tomb raised by Donatello and Michelozzo which was placed, after long discussions, in the baptistery of the cathedral of Florence and which was carried out around 1425-30. The antipope had the honor of being buried in the Baptistery of San Giovanni Battista in Florence.

Would you like to take a tour of Florence to discover the myths and truths of the I Medici series on site? Contact Francesca Rachel Valle by calling 3807385327 or by e-mail: francesca.valle@yahoo.it.

[…] birth to 11 children, fulfilled significantly the public role of sovereign, administrator of the Medici Family heritage, as well as commissioner of significant works of […]