5 places to absolutely visit in Florence when normal life returns 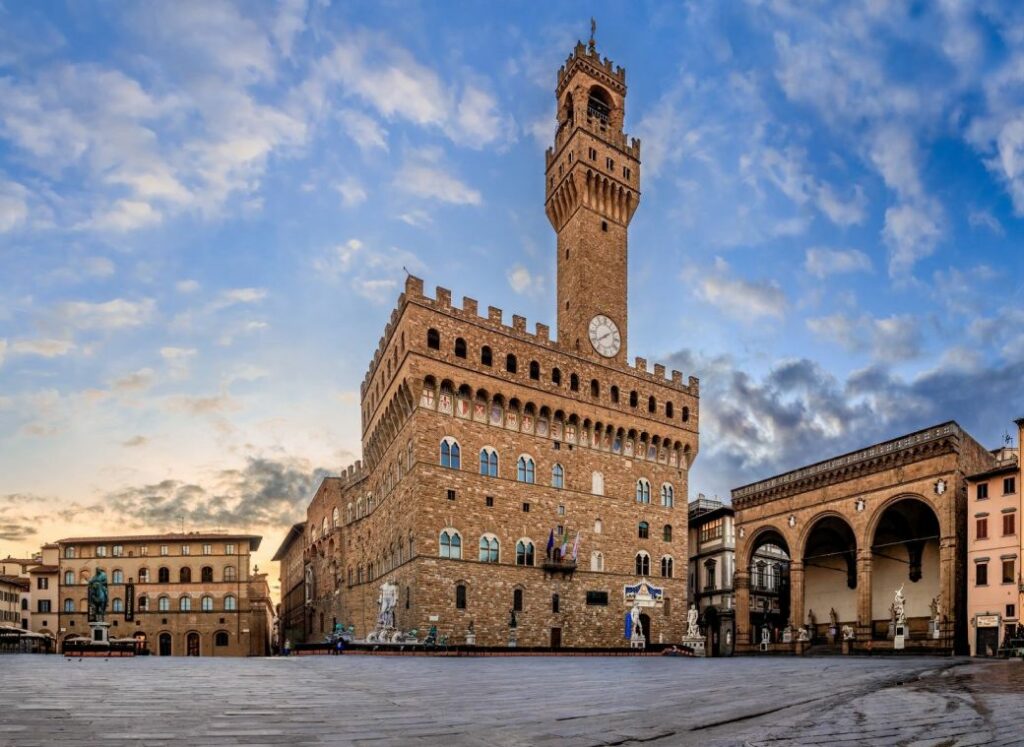 5 places to absolutely visit in Florence when normal life returns

What is the first thing you want to do when the quarantine is over? We believe that many will give the same answer: travel. And we couldn’t help suggesting that your first destination when life returns to normal is our beloved Florence. And to support you start planning this trip in celebration of regaining liberty, we have gathered 5 places to absolutely visit in Florence when normal life returns. Check it out!

The Cathedral, or “Duomo” in Italian, was begun in 1296 by Arnolfo di Cambio on behalf of the Republic. When Arnolfo died in 1303 the works were continued by Giotto until his death in 1337. After that, the construction was interrupted and started again by Talenti and Brunelleschi. In fact, only in 1436 Pope Eugene IV consecrated the Cathedral with a solemn ceremony dedicated to S. Maria del Fiore.

You can find the statues of this architects outside to the right of the cathedral. The exterior is covered in a decorative mix of pink, white and green marble. The interior, by contrast, is pretty stark and plain, where the mosaic pavements are the business card. The biggest artwork within the cathedral is Giorgio Vasari’s frescoes of the Last Judgment (1572-9): they were designed by Vasari but painted mostly by his less-talented student Frederico Zuccari by 1579.

It’s the bond between North and South of Florence, a symbol of the city’s beauty and strength. Ponte Vecchio, the oldest bridge in town – reason why it’s called the Old Bridge –, was the only one across the Arno until 1218. Destroyed by 1345’s flood, it was rebuilt and resisted against all odds, even to the World War II.

Ponte Vecchio has hosted all kinds of shops since the 13th century, including the “beccai”, the ancient butchers, and the greengrocers, because they could discharge their waste directly into the Arno. But it was not fancy enough for Ferdinand I – and certainly did not have the best of the smells – who in 1593 decreed that only goldsmiths and jewelers were allowed to have their shops on the bridge, in order to improve the wellbeing of all.

The most fashion street in Florence, Via Tornabuoni collects the best luxury brands, such as Gucci, Salvatore Ferragamo, Ermenegildo Zegna, Tiffany, Montblanc, Giorgio Armani, Dior, among others. It is also where you’ll find Antica Torre Tornabuoni, certainly one of the best places to stay in Florence. Just a few steps of Ponte Santa Trinita, Ponte Vecchio, Duomo and the train station Santa Maria Novella, it is named after a Florentine noble family (which died out in the 17th century)  and preserves the renaissance palaces as Palazzo Gianfigliazzi – the Antica Torre’s building –, the Palazzo Antinori (1461–69), owned by the aristocratic Antinori family (known for wine production) since 1506 and the 17th-century San Michele e Gaetano Church.

Considered by The Lonely Planet as the coolest neighborhood in the world, San Frediano brought a new spirit into the Oltrarno area, with all the new, modern and contemporary spots, but without losing its essence. On the southern side of Florence’s Arno, far from the crowds of tourists who invade the sights on the other side of the river, San Frediano offers the most genuine Florentine experience. Narrow streets and tiny sidewalks, small artisan shops and local bars, mixed with the newest pubs and restaurants create a village atmosphere where you can almost taste the Florence of the past flavored with the freshness of the young people passing by.

The Piazza della Signoria is the center of the political life in Florence, where all the political events of the city have taken place since the 14th century. And it all started in 1299, when the Palazzo Vecchio was designed by Arnofo di Cambio to serve as a fortress, to protect the Signoria from popular demonstrations and revolts, and started to be raised. In 1314, it was completed with its gothic-style architecture and an elegant, slender and crenellated 94 meters high tower. Palazzo Vecchio is connected to Palazzo Pitti by the Vasari Corridor, an elevated enclosed passageway built by Giorgio Vasari in 1565 under Cosimo I de’ Medici, in order to let the Grand Dukes move freely and safely from their residence to the government palace and vice-versa.

There’s also an open-air sculpture gallery, called the Loggia dei Lanzi, that offers you a wonderful experience, both by its architecture – its curved arches foretell Renaissance classicism – and its works of art. And, of course, the reproduction of Michelangelo’s David and the Neptune Fountain, by Ammannati.

If you would like other suggestions of what to visit on your next trip to Florence, download our FREE GUIDE.

Thank you so nice to be able to read all about the beautiful corners of Florence. Brings back wonderful memories.
We will be back there again hopefully sooner than later
Elizabeth

My family and I who had the pleasure of staying at your wonderful establishment have been thinking of everyone there and wishing for the safety of your staff during this unusual time. We look forward to visiting again and thank you for the great reading and future planning opportunities. We hope you are all well!

Thank you for the lovely images.
Can’t wait to go back to Florence.
Hopefully next summer!!