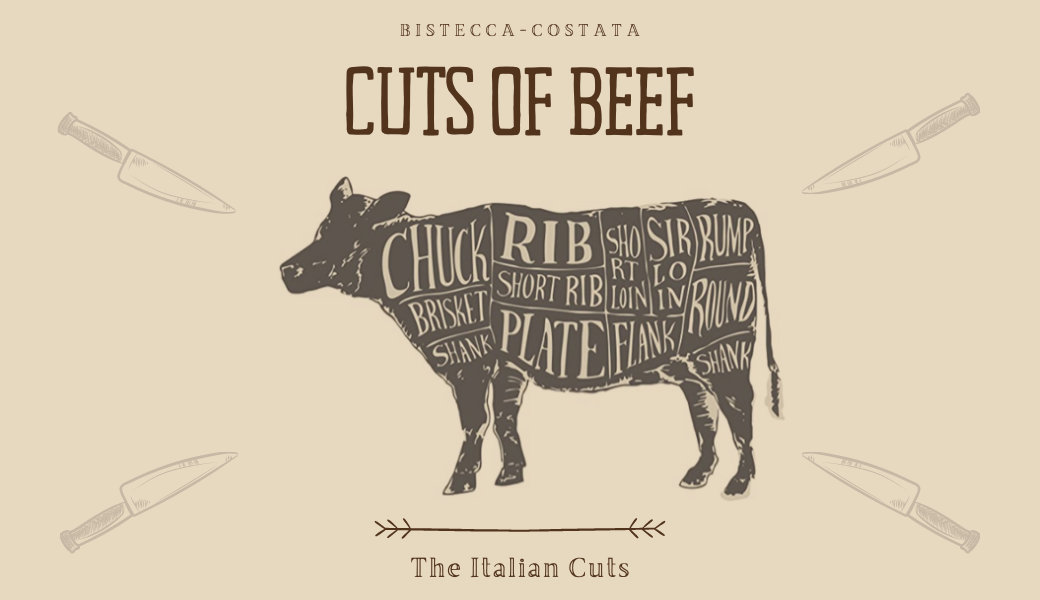 You have probably heard about – and even tried – the Bistecca alla Fiorentina, a classic of Tuscan cuisine! We have already talked about the origins of this typical dish and where to taste it in Florence here in our BLOG, but such a special delicacy always reserves surprises and curiosities.

In the last years his noble food has begun to be rediscovered, with its peculiar qualitative and nutritional characteristics. For every 100 grams of meat, we have a nutritional intake of about 260 Calories, 26g of protein with 56g of water and 17g of fat, no carbs.

The bistecca alla fiorentina has in fact a particular infiltration of intramuscular fat which gives the meat the characteristic marbling (or marbling), for which it is more tender, juicy, tasty.

The costata is also a meat with the bone. So, what’s the difference between the bistecca and the costata?  Well, both are obtained from the loin, that is the muscle mass that covers the back of a bovine, a kind of cylinder of meat interspersed with the ribs. By slicing it from one end or the other, the different cuts are obtained. From the front, you find the ribs. From the rear, the bistecca.

Hard to understand? Let’s simplify it by saying that it is the fillet that makes the difference. The Florentine has a T-shaped bone (in Anglo-Saxon countries it is called “T-bone steak”), made up of half a vertebra. The costata, on the other hand, does not form a T, but is thicker, since the front ribs are larger.

Another difference is that the costata has less intramuscular fat, while maintaining the same surface fat, which makes it harder than the classic bistecca alla fiorentina. In addition, the costata, with no fillet, does not allow the tasting of this anatomical part which is the most tender and juicy that exists.

Don’t know which one to choose? Easy: when you come to Florence, try both the bistecca and the costata. Both will surely make your visit to the city much tastier.