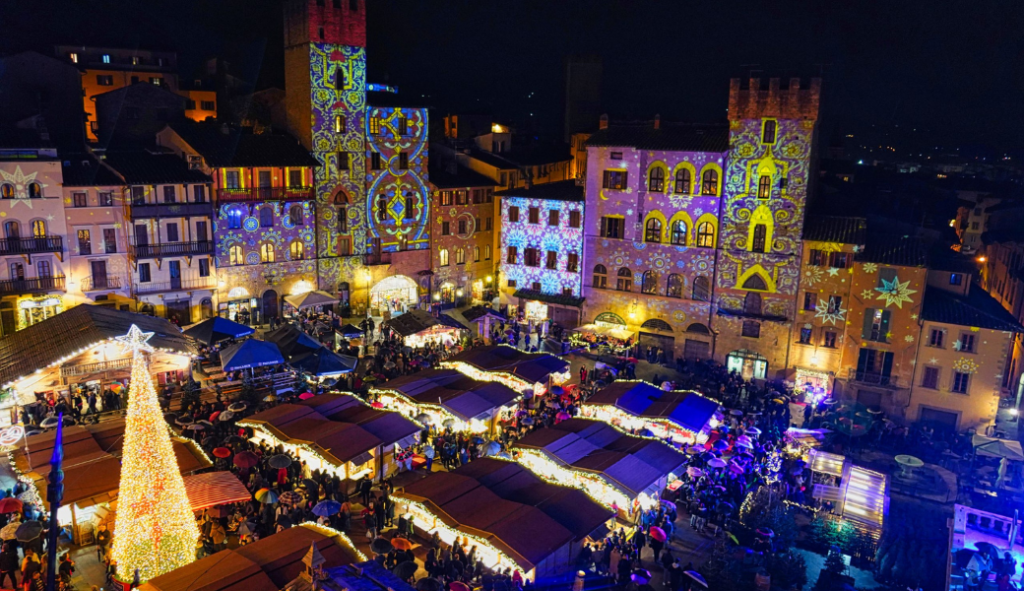 Christmas markets in Florence and surroundings

Florence is always beautiful, but there is no denying that at Christmas time the city takes on a special atmosphere, with lights, decorations and, of course, the grocery stores. There are many options inside and outside the city, which is why we have prepared a list so that you can make the most of everything that Florentine (and Tuscan) Christmas has to offer.

The Christmas market in Piazza Santa Croce is back, celebrating in 2021 its 20th anniversary. From November 20 to December 19, more than 50 wooden houses will be filled with products from over Europe, among artistic craftsmanship and traditional foods. This year there will also be the little house of Santa Claus, with activities for children and, also, live music.

The longest skating rink in Europe returns to Florence, this time accompanied by a 55 meters high Ferris wheel, both accessible from December 3 to January 16. The Santa Claus Village will host a Christmas market from December 3 to 24, where you can find craftsmanship and traditional food.

From November 20th to January 9th, the Christmas market with its characteristic wooden houses will take place in the commercial center of San Donato. There you will find food, gift idea and the Christmas atmosphere.

Once again, Florence’s neighboring city will become the  Città del Natale, a large Christmas village in the historic center with numerous attractions: Christmas amusement park with skating rink, Christmas markets, Santa Claus village, tourist train, the Brick Village, the magic tree, the house of the pets and the projections on the buildings.

With a large characteristic market, with wooden stalls, the city has an unmissable attraction! The Medieval Fortress of Montepulciano became the Santa Claus Castle, where the good old man lives with his elves. Visitors will be able to discover the magical kitchen, the study, the bedroom, the elves’ rooms, the winter garden where reindeer rest, enter the magical sleigh and then the mythical throne room, where you can find the owner, the Santa Claus. For more information: http://www.nataleamontepulciano.it/.